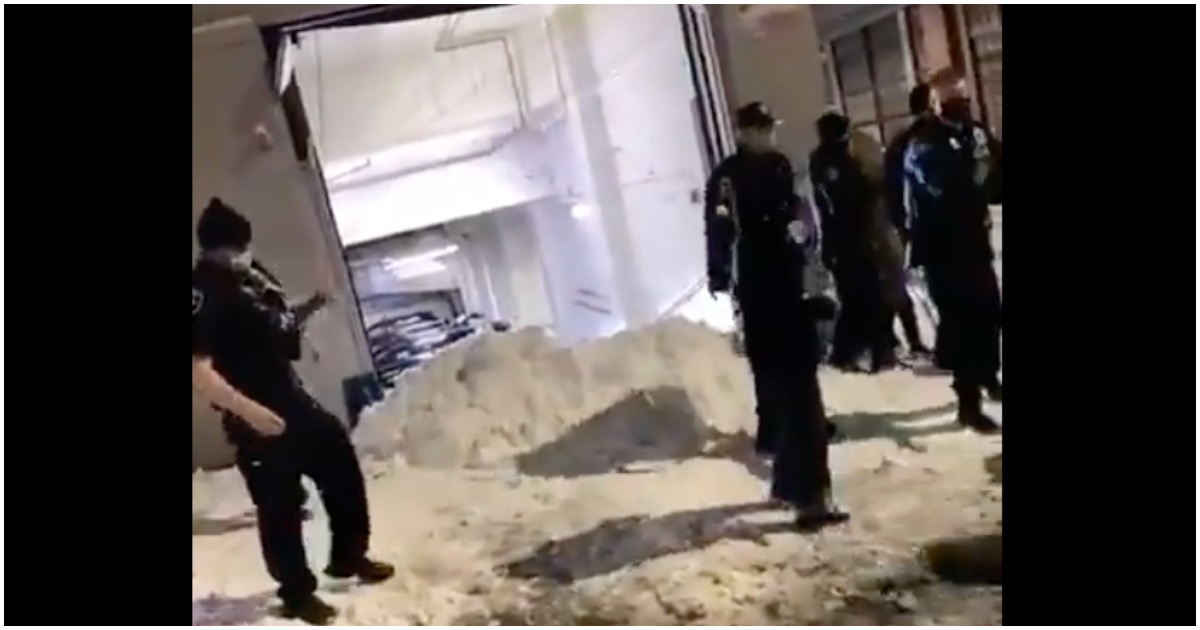 The following article, Antifa Builds ‘Snow Wall’ Outside Police Precinct to Prevent Cops From Responding to Emergencies, was first published on Flag And Cross.

Antifa is comprised of radically far-left, anti-American fascists, who don’t understand what the word “fascist” actually means. Talk about irony.

A group of Seattle Antifa members, who organize on the chat messaging system Discord, build a “snow wall” that successfully kept emergency vehicles from responding last night. They claimed it was simply a “snowball fight” on public property, and refused to leave when police asked them to.

In one video, a group of shrill female voices mocks the police, telling them that Antifa is aware they cannot arrest individuals without committing “violent offenses.” As the police leave, Antifa members proceed to throw a snow ball at a police vehicle.

Although they shut off their livestreams the group is still outside the East Precinct (again there are in the top right corner of the picture) pic.twitter.com/5pzaGCZC9f

Looks like they were trying to build a wall out of snow in front of the garage door to prevent police vehicles from entering or exiting and which is why police came out pic.twitter.com/NtuNLG52wy

Here is the start of the livestream when police first came out pic.twitter.com/G8tjxeWllm

Things got a little tense when police tried to have them move back pic.twitter.com/GSV0e1Ub2p