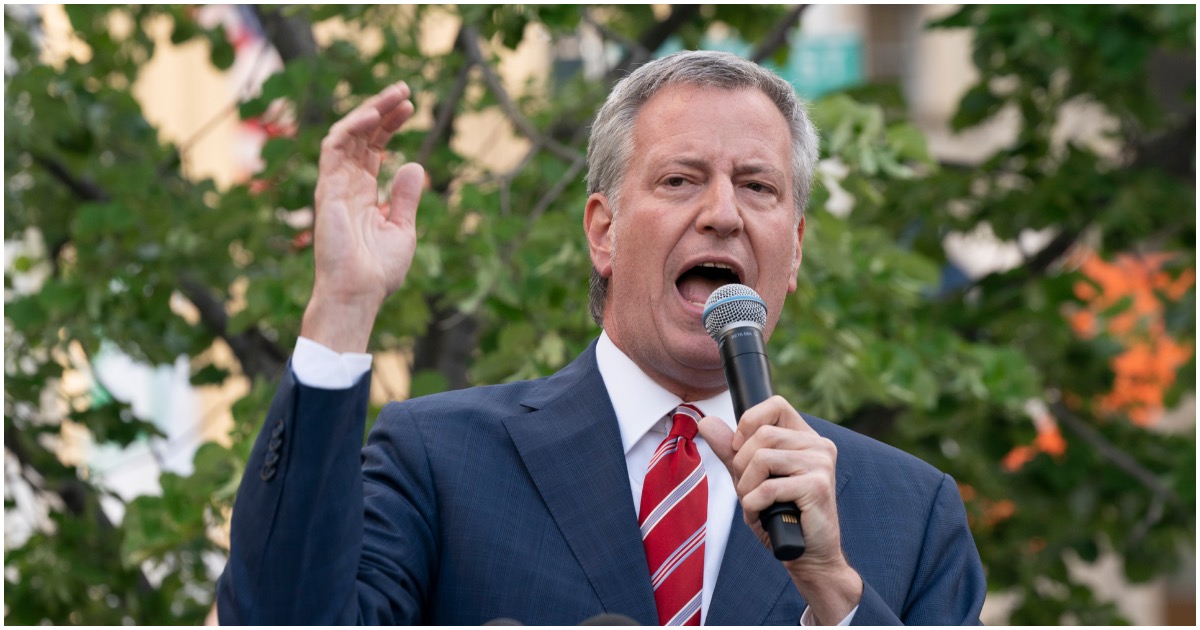 The following article, ICYMI: ‘Trump Gave the Order’ for Protesters to Riot At Capitol Building, Says De Blasio, was first published on Flag And Cross.

Bill de Blasio is not of this world. The mayor of NYC lives on a completely different planet, in an adjacent galaxy. Then again, most liberals are the same.

New York Mayor Bill de Blasio (D) concluded on Tuesday that former President Donald Trump “gave the order” to attack the U.S. Capitol on January 6, referencing the cherry-picked montage played by the House impeachment managers on Tuesday on the first day of the Senate impeachment trial.

“‘We will stop the steal.’ ‘We’re gonna walk down to the Capitol.’ ‘We fight like hell. And if you don’t fight like hell, we’re not gonna have a country anymore,’” de Blasio said, quoting Trump and concluding that the former president “gave the order.”

“We will stop the steal."
"We're gonna walk down to the Capitol."
"We fight like hell. And if you don't fight like hell, we're not gonna have a country anymore."

Donald Trump gave the order. He unleashed his mob on the U.S. Capitol. Convict him NOW.pic.twitter.com/aISyyRuN2b

On a scale of 1-10, this quote below from a Democrat Senator hits 11 on the side of stupidity.

People like Connecticut’s Chris Murphy just can’t help themselves. They are literally obsessed with Trump.

During an appearance on CNN, Murphy said: “The threat to the country is not over. We still have 5,000 National Guard members surrounding the Capitol complex. Why? Because there are still existing threats, present threats to the security of the Capitol. And so long as Donald Trump is empowered by Senate Republicans, there’s still the chance that he is going to incite another attempt at the Capitol or stir up similar trouble at the state legislative level or in a governor’s election when things don’t go his way. The threat is still very real to American democracy.“

DeBlasio is a sick, self-admitted Communist, a Marxist raised by Marxists who worked for the Marxists in Nicaragua when he was a young man. Now he is a vile anti-Semite who harasses the Jewish communities in NYC and supports muslims instead of Americans. He should be deported to Syria or Lebanon where he can live with his muslim sisters and brothers. Unless the Democrat election machine in NYC can run some more election fraud for him, the real citizens of New York City will never re-elect him. But his fellow Marxists – with the help of Beijing Biden and Horizontal… Read more »