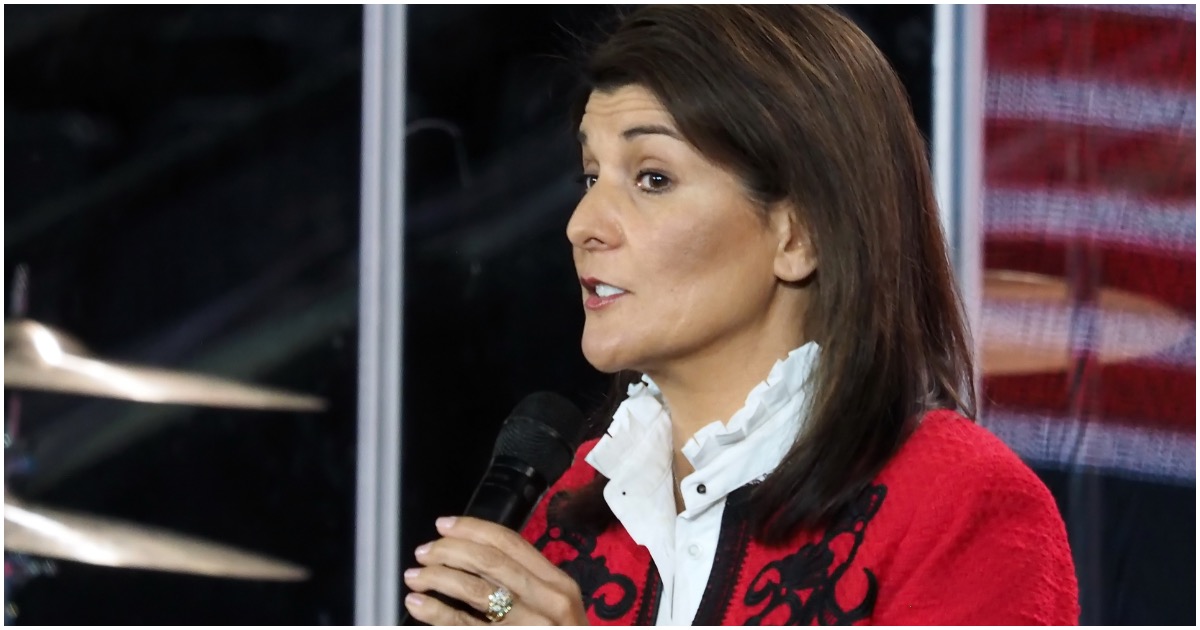 The following article, Nikki Haley: Trump ‘Let Us Down’ — ‘Shouldn’t Have Followed’ His Lead on Election Fraud, was first published on Flag And Cross.

After leaving her post as governor of South Carolina to become United Nations ambassador at the beginning of the Trump administration, many people believed Nikki Haley to be on a path to the White House.

After her latest comments about President Trump, though, she may no longer be considered a frontrunner with conservatives.

Former U.S. Ambassador to the United Nations Nikki Haley issued stunning remarks breaking with former President Trump, telling Politico in an interview published Friday that she believes he “let us down.”

Haley’s remarks are her strongest yet against the former president in the aftermath of the Jan. 6 Capitol riot and come as Trump’s legal team is set to present its defense of Trump on Friday in his second Senate impeachment trial.

The House impeached the former president for a second time shortly after the insurrection, saying his unsubstantiated claims of widespread voter fraud following his election loss to President Biden and his comments earlier that day incited the mob that stormed the Capitol.

It is probably safe to assume that Haley will not be a part of Trump’s second term in the White House, when he inevitably wins again in 2024.

Continue reading: Nikki Haley: Trump ‘Let Us Down’ — ‘Shouldn’t Have Followed’ His Lead on Election Fraud ...

Nikki, Trump doesn’t do my thinking. I’ve lived through enough elections that I can recognize fraud when I see it. It doesn’t take a rocket scientist to figure out there were massive, major problems with this election and it stank of corruption!

So, now the “weather vane” politician has devolved into the creepy SNAKE of the anti-Trump, NeverTrumpers, on her way to becoming a Democrat! In her process of devolution, she is now a Vote Fraud DENIER! What a total spineless, unprincipled, immoral flake Haley has become.

You nailed it. Nikki Haley can forget ever running for president as a Republican because she will not get the support of the 75 million people who voted for President Trump. She is not eligible to be president anyway because her parents were not US citizens when she was born. Just because the media allowed Obama to get away with this transgression doesn’t mean they will let a Republican do the same. Haley needs to do something different or join her fellow liberals in the Democrat Party.

You are 100% Wrong Nikki Haley! You just stepped into the Rhino Cesspool/Swamp with the rest of the Establishment Cabal Globalists. Your statement can no longer be trusted, you have joined the Fake News like CNN and Politico. I’m sorry to see this happen!

Investigations of election fraud if ALLOWED will show, as in previous elections of corruption and fraud. However, the corruption was never addressed by our politicians that we send to office. Even now, there are Dem states that will not formally address election laws by their legislatures. This formally addressed election reformation for a legal vote must be performed. There is also Absolute Proof Documentary that is out by Mike Lindell, supported by reputable investigators that show how our election was swung by a computer hacking. Now think about the election, there had to be a hacking to swing the number… Read more »

Michigan took out over 100,000 from their voter rolls. The truth will prevail! Michigan is admitting to the fraud. I hope other states will follow. Haley needs to go with the rest of the swamp.