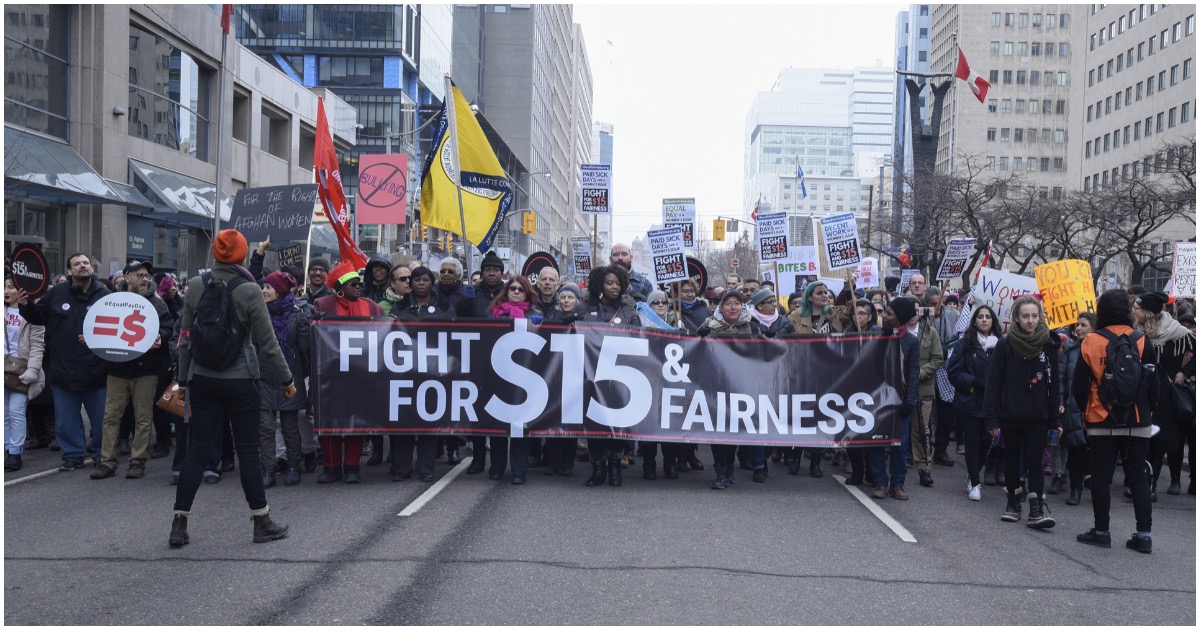 Democrats are proud to remain ignorant on politics, economics and history. That’s a deadly combination, considering the radical left controls the White House and both chambers of Congress.

The whole “raising the minimum wage” argument is simple: if wages go up, businesses will be forced to raise prices on customers to make ends meet, while also cutting workers’ hours or stop hiring altogether.

Who wins in that scenario, Dems?

In a report released Monday, the Congressional Budget Office said that hiking the minimum wage to $15 might reduce poverty, but at the cost of 1.4 million jobs and by adding billions to the federal deficit.

President Joe Biden and Sen. Bernie Sanders (I-VT) have both pledged to back legislation raising the federal minimum wage to $15 — what both the president and the socialist Senator call a “living wage.” Initially, both Biden and Sanders wanted to include the minimum wage hike in an upcoming COVID-19 economic relief package, but with Democrats intent on passing that bill through “reconciliation,” it may have to be offered separately.

The jump would “cut employment by 1.4 million workers and increase the federal deficit by $54 billion over a decade,” the outlet notes. And while federal spending on things like supplemental food aid programs might decrease, “spending on Medicaid and unemployment benefits would increase because of higher enrollment by those who lose their jobs.” Prices on goods and services would also rise, The Wall Street Journal adds.

It could not be easier to defeat a liberal argument. All you have to do is use their own words against them.

For example, Democrat Socialist Alexandria Ocasio-Cortez was upset that she had to pay $7 for a croissant – as anyone would be.

But how is it so hard for AOC to see why she’s paying $7?

A basic lesson in economics should have Ocasio-Cortez understanding that when minimum wages rise, so do the costs of goods.