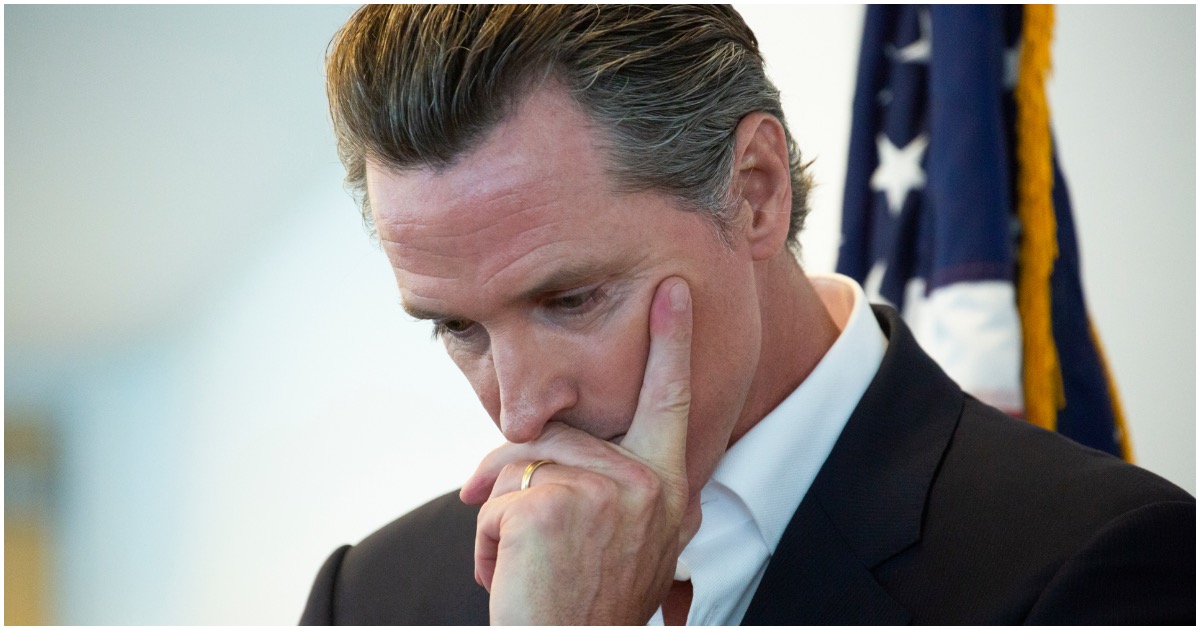 The following article, SCOTUS Overturns Newsom’s Church Regulations, Will Allow Worship At 25% Capacity, was first published on Flag And Cross.

Let’s all pray that Justice Clarence Thomas remains a member of the nation’s highest court for many years to come. He is unapologetically conservative and pro-American; a man who comes to conclusions based on the Constitution, not his personal feelings.

The U.S. Supreme Court in a split decision Friday night ruled that houses of worship in California may hold indoor services at 25% capacity, giving a partial win to groups fighting the state’s coronavirus restrictions, according to reports.

The high court issued the orders in two cases where plaintiffs had sued over restrictions meant to slow the spread of the virus.

The state will be permitted to restrict singing and chanting during services, the court said.

Justices Neil Gorsuch and Clarence Thomas reportedly said they would have lifted all restrictions on churches while the court’s three liberal justices dissented.

Hypocrisy has always been the name of the game when it comes to radical liberals, and this is a truth that has been put on full display ever since the beginning of the coronavirus pandemic.

FOX 11 News in Los Angeles acquired exclusive photos of Newsom “allegedly eating at the French Laundry restaurant” in Napa Valley, showing him failing to comply with the mandatory health guidelines put out by the California Department of Public Health.

The images were allegedly provided by a woman who is unidentified, who says she was at the restaurant on the evening of November 6 when Newsom showed up ignoring all COVID-19 protocols.

EXCLUSIVE: We've obtained photos of Governor Gavin Newsom at the Napa dinner party he's in hot water over. The photos call into question just how outdoors the dinner was. A witness who took photos tells us his group was so loud, the sliding doors had to be closed. 10pm on @FOXLA pic.twitter.com/gtOVEwa864