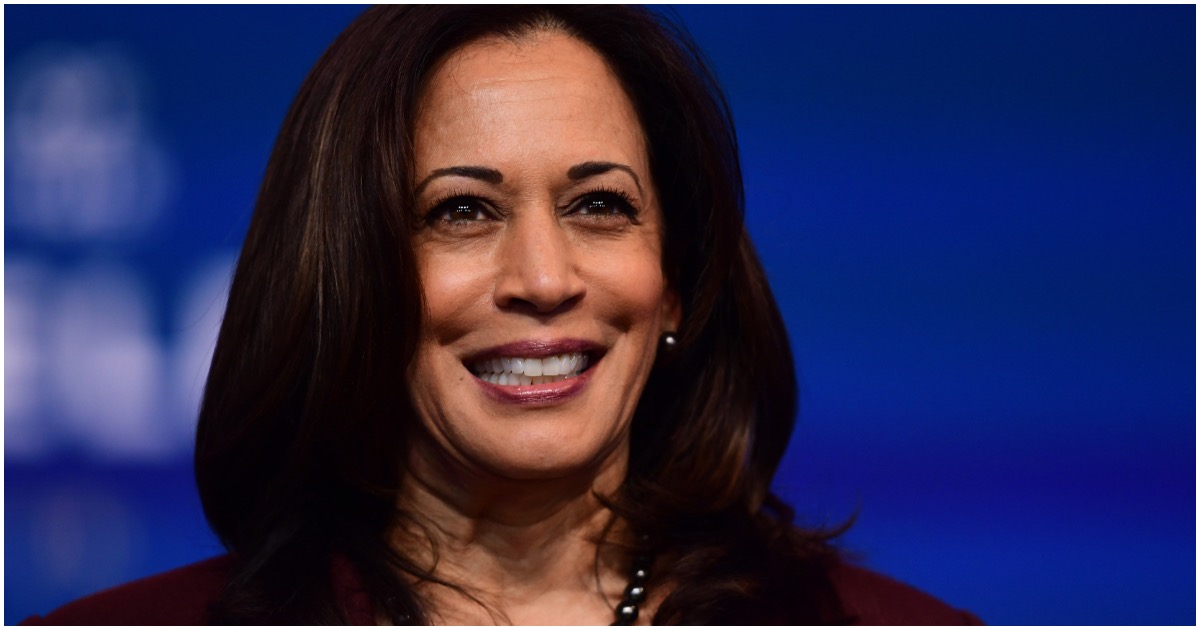 The following article, 350-Pound Statue of Kamala Harris Now Sits In Front of the Lincoln Memorial (Details), was first published on Flag And Cross.

Whether conservatives like it or not (or agree with how things turned out after the 2020 election), Kamala Harris will go down in history as the first female Vice President; her husband, the first second gentleman.

Of course, Kamala is also the first VP of black and Asian descent.

It doesn’t matter that she hasn’t accomplished anything politically and that Biden picked her to be his running mate solely because of her race and gender. What matters is that lefties adore her, therefore she shall be honored.

WASHINGTON (AP) — Two weeks after Kamala Harris was sworn in as the first woman to be vice president , her barrier-breaking career has been memorialized in a portrait that depicts her face emerging from the cracks in a massive sheet of glass.

The 6-by-6 foot (1.8 meter), 350-pound (159 kilogram) portrait, meant to symbolize Harris breaking through a glass ceiling, was unveiled Thursday at the Lincoln Memorial by groups excited by Harris’ historic election as the first woman and person of color to the nation’s second-highest office.

“This will just be a wonderful visual emblem of this moment in time and hopefully people will reflect a little bit on all the barriers that have been broken by her election,” said Holly Hotchner, president and CEO of the National Women’s History Museum, a co-sponsor of the project.

Harris has notched a series of firsts during a legal and political career that has taken her from California to the office of vice president in Washington.

So if it offends some, can we tear it down without punishment?

350-Pound Statue of Kamala Harris Now Sits In Front of the Lincoln Memorial . I knew smoking pot led to weight increases but 350lbs… I had no idea she was this big!