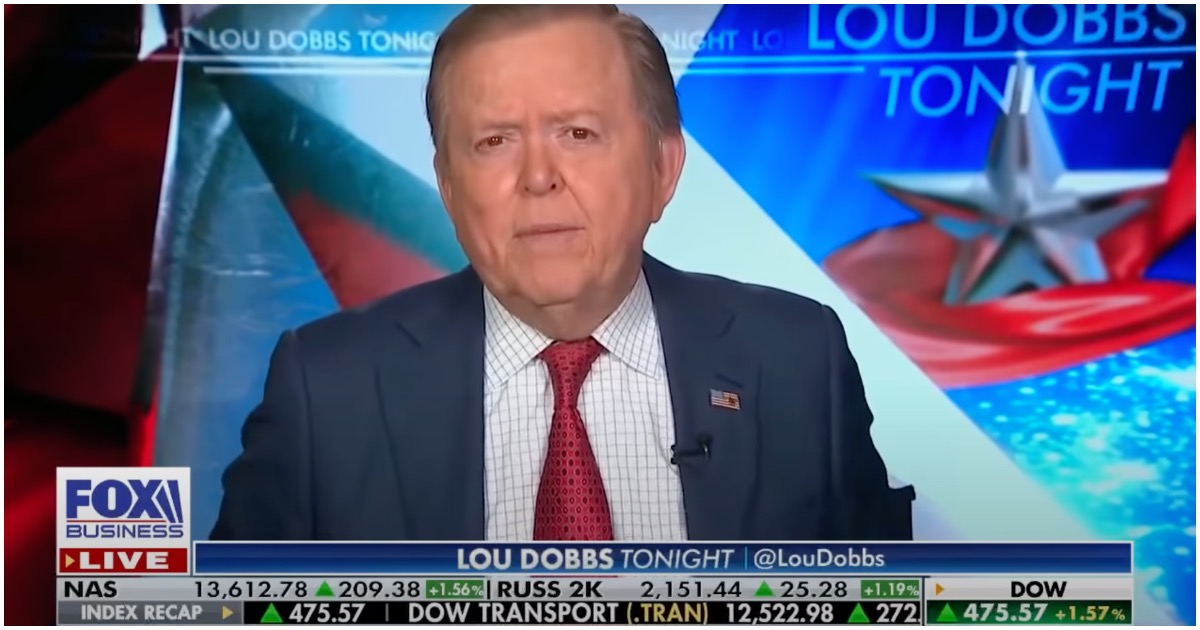 The following article, Lou Dobbs Out At Fox News After His Show Is Canceled, Their Highest Rated Program, was first published on Flag And Cross.

Lou Dobbs has been a stalwart at Fox News. He’s also a big supporter of President Trump. On Friday, however, Dobbs was told to hit the bricks as his show has been canceled.

Here’s the scoop, via The Wrap:

The final airing of the show, which typically runs twice each night on Fox Business Network, will take place on Friday without Dobbs.

“As we said in October, Fox News Media regularly considers programming changes and plans have been in place to launch new formats as appropriate post-election, including on Fox Business,” the spokesperson said. “This is part of those planned changes. A new 5 p.m. program will be announced in the near future.”

TRUMP statement on LOU DOBBS:
“Lou Dobbs is and was great. Nobody loves America more than Lou. He had a large and loyal following that will be watching closely for his next move, and that following includes me.” – Donald J. Trump, 45th President of the United States

Lou Dobbs’ show has been cancelled.

The most popular show on @FoxBusiness.

First the cancellation of Lou Dobbs & now this

Continue reading: Lou Dobbs Out At Fox News After His Show Is Canceled, Their Highest Rated Program ...

Everyone can see what’s happening at fox news, they have been drifting left for some time now. Gone are the days of truth in the media.

Fox News just lost what few viewers they had left. It appears they are rich enough that they do not need their highest rated program. I quit Fox several months ago and went to NewsMax, it’s not perfect but seems to be the best of the bunch.
For the most past what we have for media here in America is called The Ministry of Truth 1984.

There remain only a few good conservatives on fox and if they leave the channel there will be no reason for fox to remain on the tv grid.

Tucker and Ingram will be next. Fox is dead.