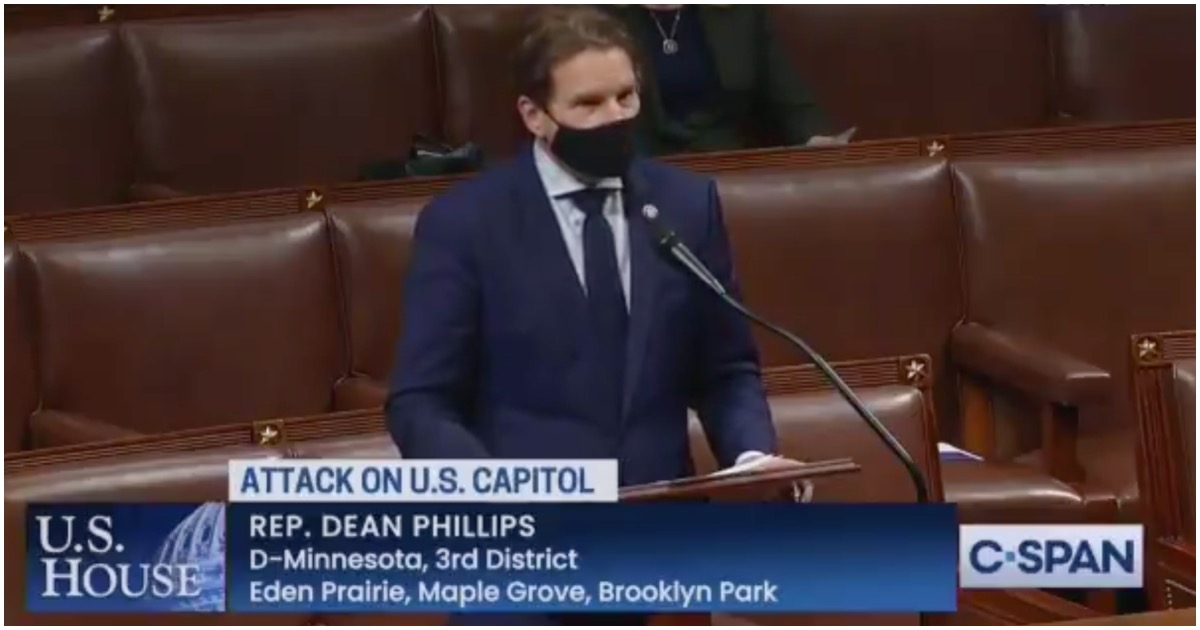 The following article, House Democrat Breaks Down In Tears, Apologizes to AOC for His White Privilege (Watch), was first published on Flag And Cross.

You have to be pretty screwed in the head to believe “white privilege” is real. If anything – anything – white people are being held back in order to boost up minorities.

People like this House Democrat do nothing for the country except make her weaker.

Addressing the House, Phillips recounted the events of Jan. 6, recalling that lawmakers had looked for objects to defend themselves when the Capitol was breached and realized “a pencil is about all we had.”

“But I’m not here this evening to seek sympathy or just to tell my story [but] rather to make a public apology,” said Phillips. “For recognizing that we were sitting ducks in this room as the chamber was about to be breached. I screamed to my colleagues to follow me, to follow me across the aisle to the Republican side of the chamber, so that we could blend in — so that we could blend in.”

Rep. Dean Phillips: "I'm here tonight to say to my brothers & sisters in Congress & all around our country, I'm sorry. For I've never understood, really understood, what privilege really means. It took a violent mob of insurrectionists & lightning-bolt moment in this very room." pic.twitter.com/PqnoBMiQDu

Continue reading: House Democrat Breaks Down In Tears, Apologizes to AOC for His White Privilege (Watch) ...

House Democrat Breaks Down In Tears, Apologizes to the “Occasional Cocktail Waitress” for His White Privilege! What next? Offering his wife and daughters up for “Black Breeding”… Friggin looser!

I’m still waiting for my ‘white privilege’ benefits to kick in….meanwhile I’ve seen a lot of ‘non-white privilege’ as people being hired & promoted with less ability & experience merely for their skin color or even gender.

It is this very politicians that run this country that are the racists and white supremecy. These are the leaders of this whole slander business tht is stirring the public up. Stir the people up and then collect the donations. However, the whole country is stirred to the point of not stopping problems or actions of others that may do harm to others. Review the media and public statemetns of these employees of OURS. You voted them in. But for a few dollars, they will fix your problems or send you money we do not have to solve social problems.

OMG ! Can you even imagine THIS ever having to fight in an actual war to protect America?
The fact these people are elected to anything speaks volumes about the IQ of many voters.

what a POS, snowflakes are sniveling bastards!