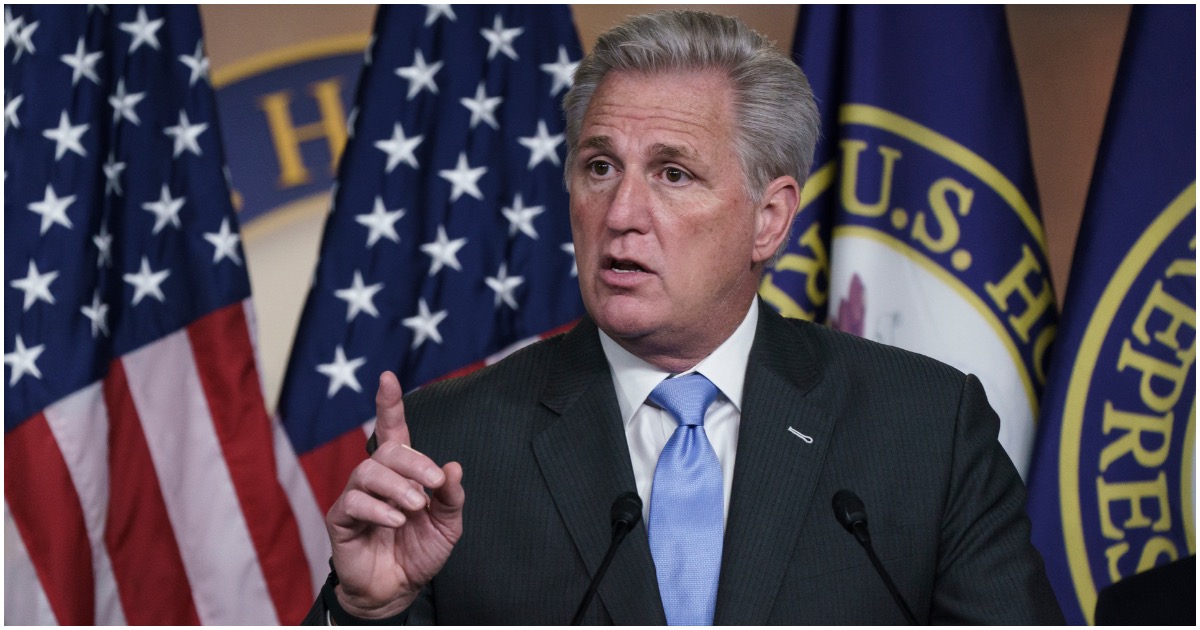 The following article, Kevin McCarthy Caves to Dems, Offers to Drop Marjorie Taylor-Greene From Her Committees, was first published on Flag And Cross.

But since the MSM and liberal “fact-checkers” are on their side, Nancy Pelosi has never been forced to drop the hammer.

Kevin McCarthy, on the other hand, is clearly showing that he’s a pushover.

INSIDE MCCARTHY’S TENTATIVE PLAN TO DEAL WITH GREENE: During a two-hour meeting Tuesday night with Greene, McCarthy explained to the QAnon supporter that her controversial past statements were coming to a head. The problem, McCarthy told her: Democrats are threatening to force a vote to remove her from her committees — and that puts the entire GOP Conference in a bad spot. McCarthy tried to give Greene options, according to a person familiar with their talk: She could denounce QAnon and apologize publicly for espousing hurtful conspiracy theories and endorsing violence on Democrats. She could remove herself from the panel to spare her colleagues a vote on the matter. Or, she could face removal from her own GOP peers.

No. 2 House Democrat Steny Hoyer of Maryland released a statement saying that after speaking to House Minority Leader Kevin McCarthy, R-Calif., “it is clear there is no alternative to holding a floor vote on the resolution to remove Rep. Greene from her committee assignments. ”

A McCarthy aide said he would discuss the situation with his GOP colleagues.

Green, like Trump, is a fighter. Kevin McCarthy is just a cock sucker.