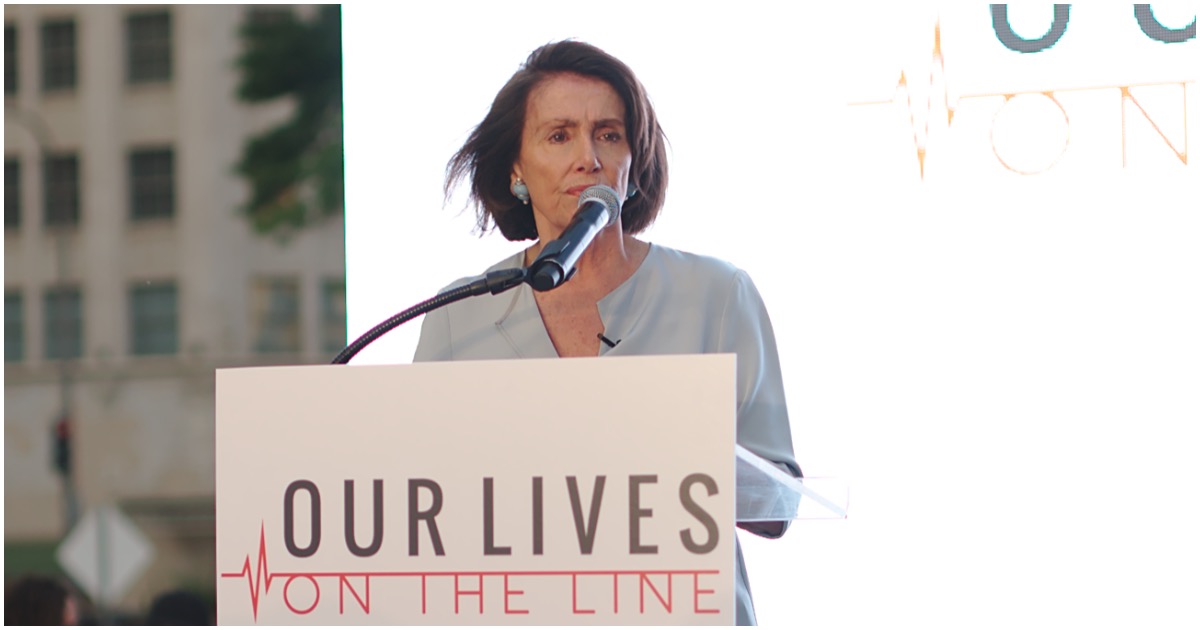 I am wondering: Has there ever been a Speaker more venal, more vicious, and more vindictive than the near octogenarian Nancy Pelosi? It seems as if she is evil personified, and getting worse each day.

Ms. Pelosi is so out of touch with what everyday Americans experience that she is almost an anachronism. From her private hair salon visits – when everybody else is locked down – to her gourmet ice cream, to her embrace of riots that don’t put her in danger, to her civilization-destroying HR-1 bill, to her continual public persona of feigned sincerity, there is plenty to dislike.

Her unbounded hatred of Donald Trump exceeds that of the typical leftist. From ripping up his whirlwind 2020 State of the Union speech, to all of the little acts that she’s undertaken, her phoniness is amply on display. On numerous occasions, she has said “I’m praying for President Trump.” Can anyone, let alone God, accept that as the truth? She has pushed the impeachment button twice now, and would do it a third time and fourth time, if it were possible.

The first impeachment was based on shoddy information and shallow rationale. Even far leftists should have been up in arms. Don’t they know that they’ve opened the wrong door and that this will happen to them, some day soon?

Based on one unidentified whistleblower, Pelosi initiated impeachment proceedings against President Trump, primarily as a result of a phone call he had with the Ukrainian prime minister.

Concurrently, 900+ sworn affidavits from those who witnessed first-hand election fraud in three swing states, in November of 2020, are all but dismissed. “No evidence.” “Wild accusations!” So, we have a 900 to 1 ratio of truth versus bogus proceedings, and that still isn’t enough for the Left.

More recently, as The Washington Post has begrudgingly pointed out, Donald Trump had no impact on the Capitol riot that took place on January 6th. The riot had been pre-planned by members of Antifa, as well as some right-wingers. It didn’t matter what President Trump said on the Mall, these people had already planned to rush the Capitol and occupy it for however long they could.

To impeach Donald Trump a second time, after he’s already out of office (which makes the quest absurd) Nancy Pelosi and the looney Left need a valid rationale. The FBI report doesn’t support them, nor does the timeline of events.

Consider this: Donald Trump or anyone else, who plans a rally or protest in Washington, D.C., or elsewhere, whose members are infiltrated by others, could be subject to the same erroneous charges. In other words, by intending to impeach Donald Trump a second time, Pelosi effectively is saying to the American public, your right to assembly, which can be upset by intruders, who plant a false flag (a familiar tactic of the Left), makes you liable. This is a deep and dark attack on the First Amendment.

Infiltrating the rallies, assemblies, and peaceful protests of one’s opposing party is straight out of Saul Alinsky’s Rules for Radicals, a handbook on how to undermine and destroy America. They say everybody smokes in Hell. Alinsky dedicated his book to the devil, and one can only hope that upon his death, he became a permanent resident down there, for eternity, laboring 24/7 in the hottest section.

Nancy Pelosi should be lead away from Congress in handcuffs and ankle chains. She is a criminal and her crimes against America are vast and deep. The things she has done in the name of ‘democracy’ are so bogus that democracy itself cries out.

When her time on Earth is over, and someone writes her epitaph, perhaps, they’ll have enough objectivity to say that among all the Speakers of the House since the nation was founded, she did not serve with distinction.

She manipulated the office and the American public, on a continual basis, for her own personal power, for the wealth she could generate, and to diminish our freedoms as Americans. If this isn’t said about her, then whoever writes the epitaph will be engaging in fantasy.

pelosi is a ‘poster child’ for what is wrong in America, but has a lot of competition from many other democrats now infesting America’s government.