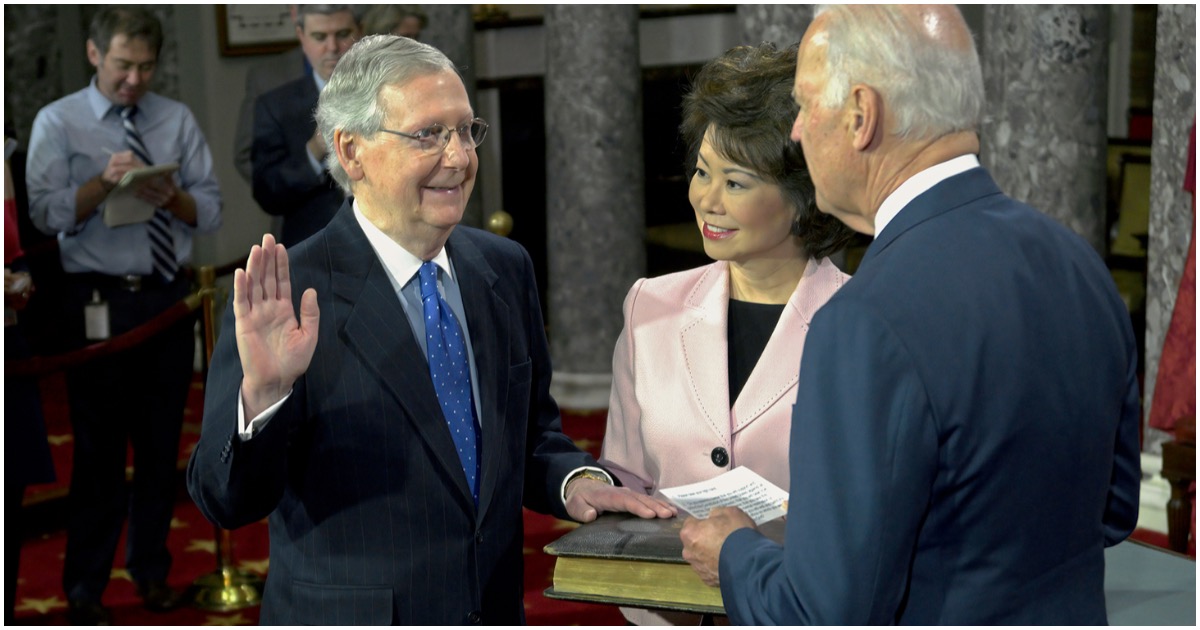 The following article, McConnell Blasts GOP Rep. Who Introduced Impeachment Articles Against Biden, was first published on Flag And Cross.

The GOP has reverted to having no spine now that Donald Trump is no longer president. Guys like Mitch McConnell are old school; by the book; forgot why they went to DC in the first place.

A man like Mitch who has been a lawmaker for decades expects a hotshot freshman to wait their turn to speak when they enter the upper or lower chamber. To some degree, that is the way it should be.

But Mitch should certainly not be blasting members of his own party simply because they are fighting for Trump.

Senate Minority Leader Mitch McConnell (R-KY) slammed Marjorie Taylor Greene in a statement on Monday evening as calls continue to grow across the political spectrum for Republican leadership in the House of Representatives to take action against Greene after number of her past inflammatory remarks, made over the course of several years, have recently resurfaced.

In a statement, McConnell said that Greene’s embrace of “loony lies and conspiracy theories” were a “cancer for the Republican Party.”

Hey Mitch, how do you feel about some of these liberal reactions to MTG?

Many people are saying that Marjorie Taylor Greene should be drafted into Space Force and shipped off to the Sun.

GOP Rep. Marjorie Taylor Greene knows conspiracy theories about the Stoneman Douglas High School shooting are wrong but she's propagated them anyway, says the mother of a teacher who was killed in shooting, who spoke privately with Greene. https://t.co/aA4e0fmQMH pic.twitter.com/qh5QQOuG93

Just in: House Rules will move on Wednesday to start process to remove Marjorie Taylor Greene from education and labor committee