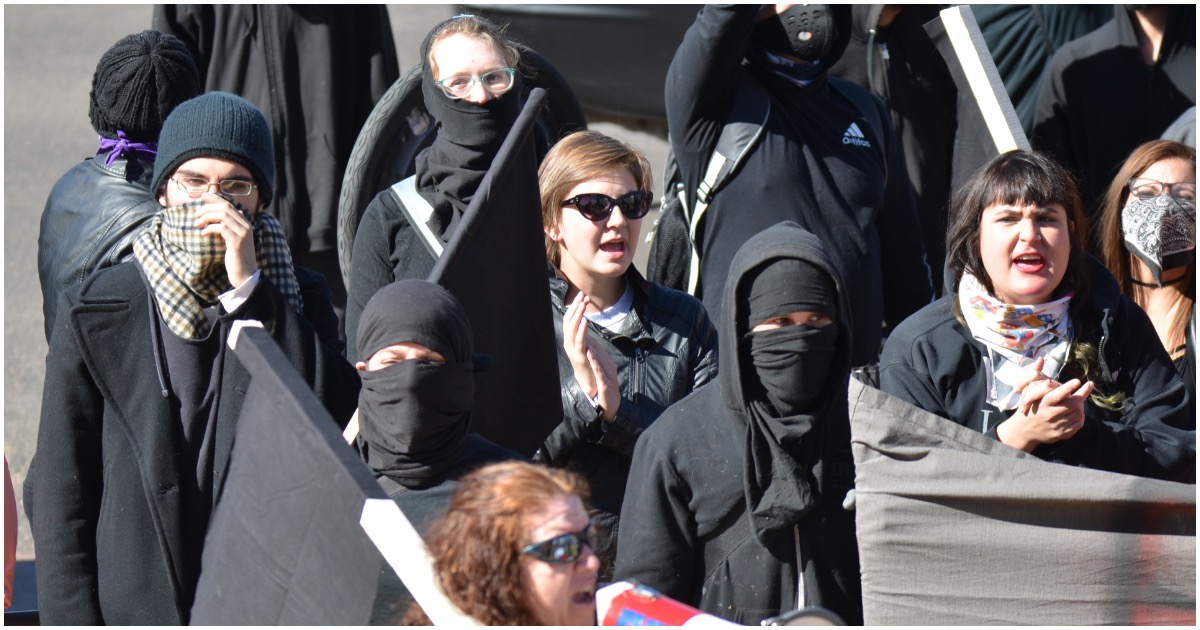 The following article, Details: Antifa Takes Over Hotel In Fight Against Homelessness, Armed With Weapons, was first published on Flag And Cross.

Antifa is most certainly a domestic terror organization in every sense. These people are lawless, GODless, anti-American liberals who want to see the country burn.

If Trump was re-elected president, the Capitol building “riot” would’ve only been the beginning of weeks and months of rage.

Antifa members armed with knives and hatchets took over a hotel in Olympia, Washington, over the weekend.

“The Olympia Police Department (OPD) is in the process of clearing the Downtown Olympia Red Lion Hotel after it was forcibly occupied by a group identified as Oly Housing Now, a homeless activist group. Employees of the hotel have been safely escorted out of the occupied hotel after sheltering in the basement through the afternoon and part of the evening,” the City of Olympia released in a statement. “At about 11 a.m. today, people inside the Red Lion began calling 911 to report a group was attempting to forcibly take over the hotel. OPD received reports that the employees felt under threat from the group, and that an employee was allegedly assaulted.”

Should be international news:

An #antifa group sieged a Red Lion hotel in Olympia, WA, forcing staff to flee for their lives & guests in 40 rooms had to shelter in place. The antifa brought hatchets, knives & other weapons to the siege. City statement: https://t.co/dBAYoxqTEP pic.twitter.com/5s0LTo5BU8

This is what one of the local #antifa leaders is saying.

Ryan Endicott, aka “Arrow,” organized a similar siege in nearby Fife, Wash. in December. It did not get much media attention at time & reporters ignored the antifa ties. Look at Endicott’s forearm. https://t.co/QKfuNi1YbN pic.twitter.com/ZqjuxJL0bb

These people are everything wrong with the United States.