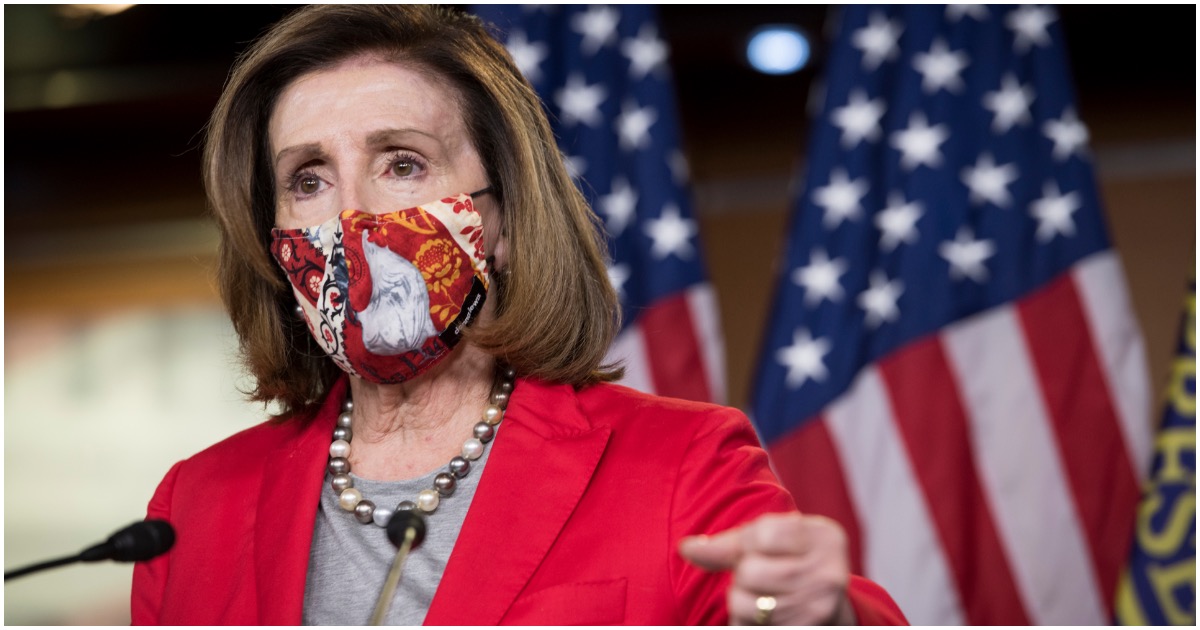 The following article, ICYMI: Pelosi Says Gun-Toting Members of Congress Have Threatened Others, Are the ‘Enemy’, was first published on Flag And Cross.

If you answered yes to either of the above two questions, you may need to seek help.

House Speaker Nancy Pelosi (D-CA) referred to fellow lawmakers in Congress as “the enemy” on Thursday and said that, because of those lawmakers, she may approve increasing security spending for House members.

Pelosi delivered the remarks during her weekly press conference on Thursday. Over thirty members of Congress, largely Democrats, sent a letter to Pelosi and House Minority Leader Kevin McCarthy (R-CA) asking the leaders whether members may use their congressional allowances to fund additional security for themselves in their home districts.

Continue reading: ICYMI: Pelosi Says Gun-Toting Members of Congress Have Threatened Others, Are the ‘Enemy’ ...

The short answer is that democrats consider everyone disagreeing with the dem/communist agenda as a enemy and therefore must be eleminated…..The new America under dem ‘control’.