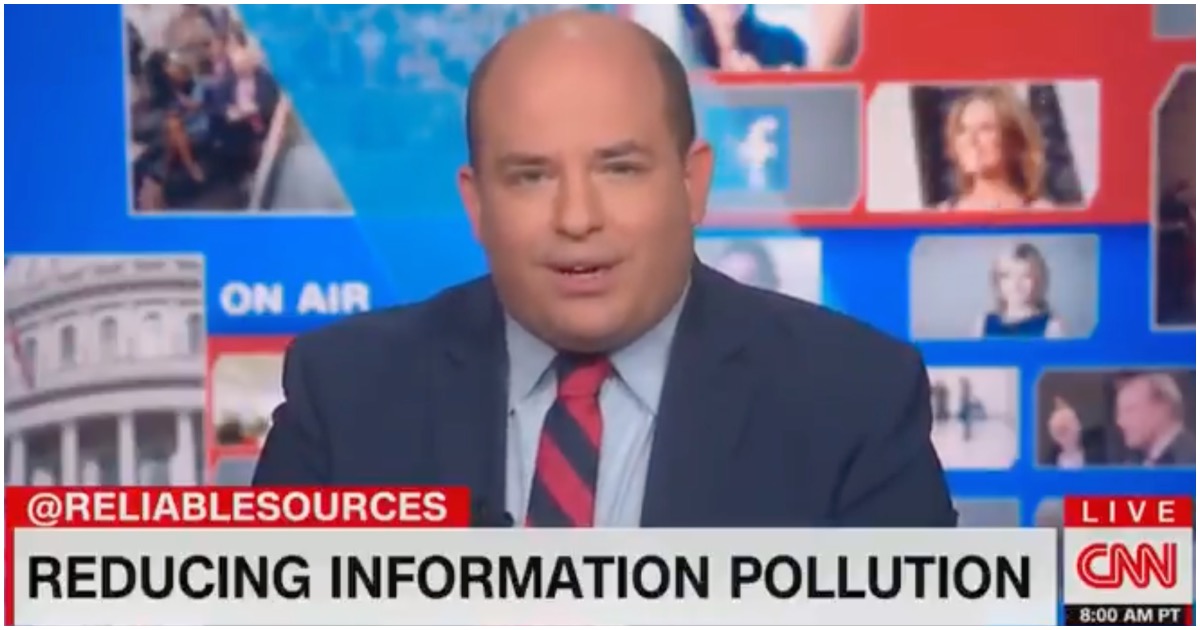 CNN hosts have more gall than those at any other network. While some far-left “journalists” attempt to hide their biases, the folks at CNN make sure you know exactly where they stand.

This is why CNN can’t be trusted.

To people like Brian Stelter, not all speech should be allowed – just speech he agrees with.

In the following clip, Stelter poorly tries to cover his tracks.

Stelter: "This is not aimed at shutting it down … it’s about making Fox better. Putting the news back in Fox News … If Fox is going to keep transitioning into the 24/7 Tucker channel, then maybe it belongs next to sci-fi, not MSNBC … But harm reduction is possible." pic.twitter.com/hQ0zN0yh0u

And here’s another piece of garbage, if you made it this far…

CNN's @oliverdarcy: "We should really be careful to avoid" making the "nonsensical" comparison between Fox News, MSNBC. "Fox is spinning their own reality" pic.twitter.com/54JGHQEMm8

Beyond all the creepy aspects of *journalists* again taking the lead in demanding media voices be repressed, @brianstelter's claim that "freedom of speech is different than freedom of reach" is totally false and has been rejected by courts for decades. https://t.co/8RP5zIv4pY

Imagine if you're an anti-Wall Street group and you want to march on Wall St & the city tells you: oh, you can march, but not on a busy street. We'll give you a permit to march on a deserted street in Queens.

You think that's not a free speech violation? Tons of caselaw on this

Also, CNN lies and spreads conspiracy theories constantly. They're a pro-Democratic Party outlet that barely airs any dissent from the DNC line. If @brianstelter's standards for banishing Fox were applied equally, it'd affect all cable news outlets, not just one.

Hey @brianstelter, I know you don't do dissent on your show — can't have anyone challenging you or upsetting your DNC audience — but the next time you want to claim "freedom of speech isn't freedom of reach," read this on "free speech zones" by @ACLU:https://t.co/8eCG1mE8Uq

And what’s the next act for cnn? Perhaps getting china-joe to do a executive order…..

I did not know CNN existed any longer? I’ve taken them off my cable provider years ago for the lies they spewed after I watched President Trumps first year State of the Union speech on CNN and right after the speech CNN’s commentators spewed lies and their own narratives that had nothing to do with President’s speech. It’s as if CNN’s commentators never even listen to the speech much like Pelosi did mumbling to herself and ripping up the speech. Such disrespect for the President don’t get my attention but my backside.