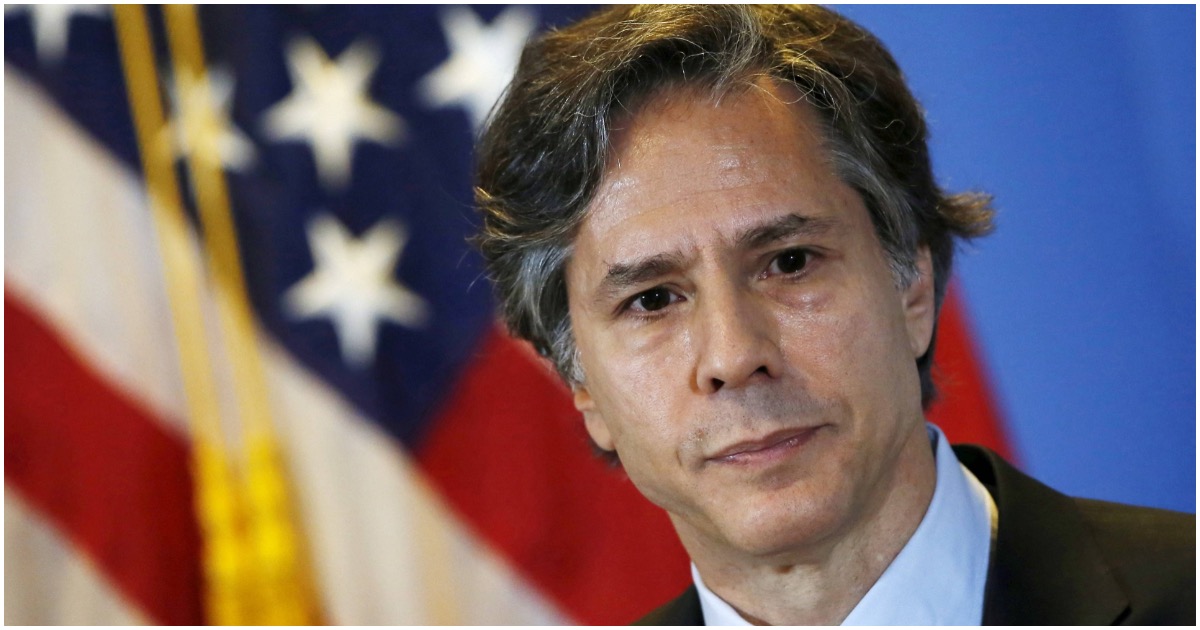 The following article, Biden’s Secretary of State Orders LGBT Pride Flags Placed at Embassies Around the World, was first published on Flag And Cross.

The United States no longer has an alpha male as secretary of state. Mike Pompeo, you are missed. Instead, we are all now stuck with Antony Blinken.

In typical beta male fashion, Blinken is instantly looking to make a big, fancy splash that shows the world how weak the U.S. is under Democrat leadership.

LGBT activists are cheering Secretary of State Antony Blinken’s announcement that he will reverse an order from President Donald Trump and put up “pride” flags at U.S. Embassies around the world.

Blinken noted, “We’ve seen violence directed against LGBTQI people around the world increase. And so, I think the United States playing the role that it should be playing in standing up for and defending the rights of LGBTQI people is something that the department is going to take on and take on immediately. Raising the pride flag is one way to outright show LGBTQ solidarity.”

People get suspended and/or fired for the dumbest things these days. Conversely, some things that should actually be fireable are often disregarded (like when libs make death threats).

But to be let go from a minimum wage job for refusing to wear a gay pride shirt?

That’s a new low, even for Starbucks.

A woman who worked at a Starbucks in New Jersey has filed a wrongful termination lawsuit, claiming she was fired for refusing to wear an LGBTQ Pride t-shirt.

Betsy Fresse, who is a Christian from Newark, New Jersey, worked as a barista in Hoboken in 2018 and states in her lawsuit that the managers knew of her religious beliefs, as she requested Sundays and certain evenings off to attend church gatherings, as NBC News reported.

On Aug. 22, 2019, Fresse was informed she was fired because “her comportment was not in compliance with Starbucks’ core values.”

So, what if Starbucks had shirts for “Christian Pride” and a gay employee chose not to wear one?

Would he/she/they/them/it be fired…or would a parade be thrown in their honor?