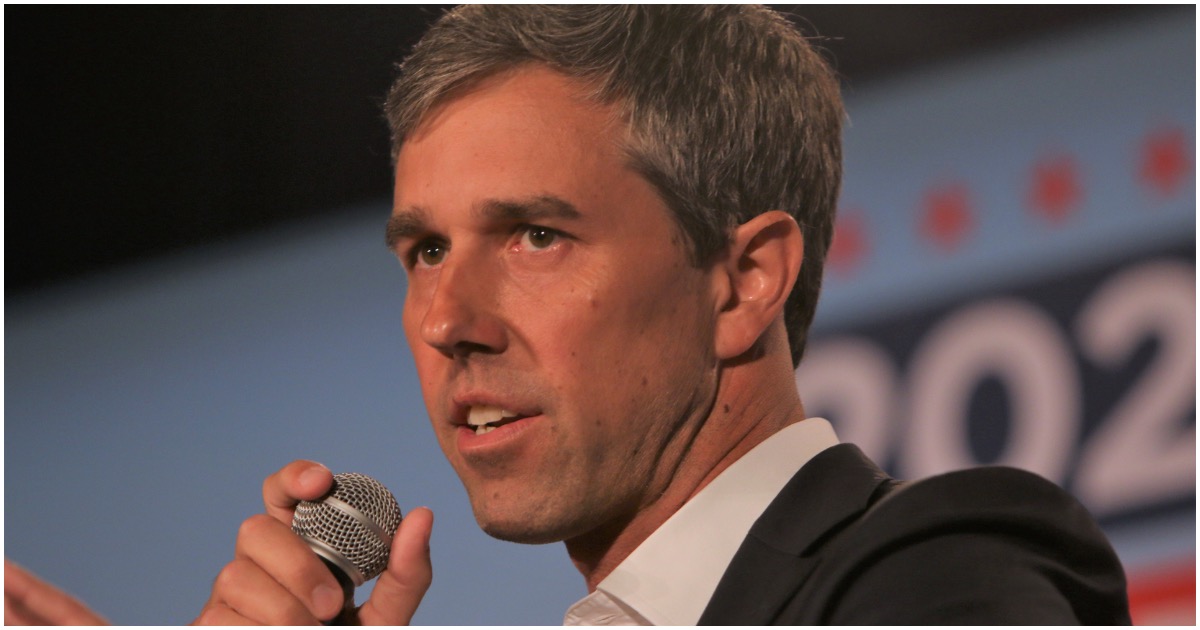 The following article, Report: Democrat Beto O’Rourke May Run for Governor of Texas, was first published on Flag And Cross.

Beto O’Rourke said he wouldn’t run for president after losing his bid for senator to incumbent Ted Cruz. He lied. Beto did run for POTUS, however briefly.

Like Hillary Clinton, this guy just can’t seem to accept the fact that he isn’t well liked.

Beto O’Rourke, who not only lost a U.S. Senate race against Sen. Ted Cruz (R-TX) but also failed in his bid for the Democratic presidential nomination, said earlier this week he is considering a run for Texas governor.

Speaking to El Paso radio station KLAQ, O’Rourke said that running for Texas governor was “something I’m going to think about.” The next day, Gov. Greg Abbott (R-TX) was asked about a potential challenge from O’Rourke, the Texas Tribune reported.

O’Rourke said, “Whether or not I run, I will do everything in my power to elect a Governor who looks out for everyone, keeps Texans safe, answers to the people instead of the special interests & guarantees that we all have equal opportunity to achieve our best in life.”

O’Rouke loves America so much that he wants to completely tear her down and start all over.

Forget the 1st Amendment and, well, every Amendment! Who needs ’em?

In Beto’s America, everything will be just dandy.

But don’t forget…in Betoville, there are no guns for law-abiding citizens.

Are we all good with that?

You want to protect your family against a home invader? Use a fork – you know, until those are banned, too.

You want to go hunting? Better bring your sling-shot!

Beto said, “I think just as any law is not followed or flagrantly abused, there have to be consequences or else there is no respect for the law. So in that case I think there would be a visit by law enforcement to recover that firearm and make sure that it is purchased back so that it cannot be potentially used against somebody else.”

Thought that Mr beto was going to be biden’s gun czar and start their gun confiscation drive?? He get fired already?