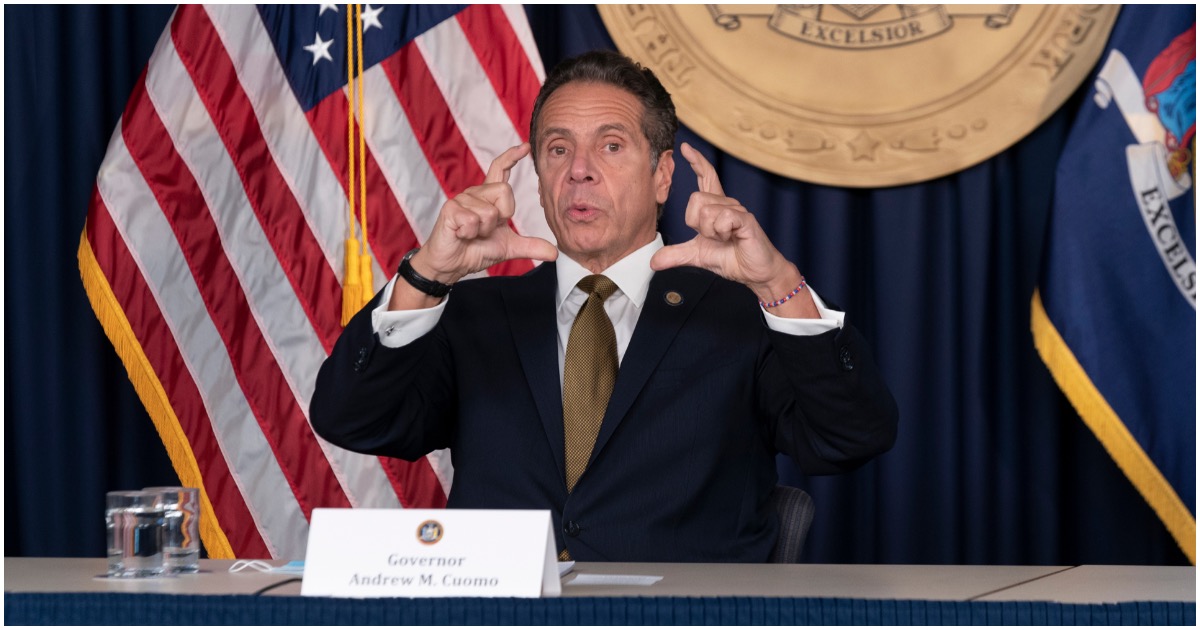 The following article, Cuomo on New York’s Underreported COVID Nursing Home Deaths: ‘Who Cares? They Died’, was first published on Flag And Cross.

Andrew Cuomo’s picture should be next to the words “feckless” and “malfeasance” in the dictionary. The man should not be allowed to run a Best Buy, let alone an entire state.

If you’re a Democrat who voted for this far-left radical, what was going through your mind?

Also, how badly do you regret it?

New York Attorney General Letitia James said that the state Department of Health underreported COVID-19 deaths in nursing homes by as much as 50%, according to a report released Thursday.

The report holds New York Gov. Andrew Cuomo’s feet to the fire for his handling of the coronavirus pandemic in the early months of 2020, after he directed nursing homes in the Empire State to accept patients who had or were suspected of having COVID-19. The decision created an onslaught of COVID-19 cases that infected thousands of elderly patients and resulted in hundreds of deaths among the state’s most vulnerable population.

The state Department of Health reported that as of Jan. 27, 2021 there were 5,957 confirmed deaths due to the coronavirus in nursing homes and an additional 2,783 presumed deaths. In assisted care facilities, there were 160 deaths and 52 presumed deaths.

Cuomo has defended the nursing home policy as in-line with guidance from the Trump administration at the time. The governor was silent Thursday following the new AG report and did not respond to Fox News’ immediate request for comment.

Cuomo on nursing home deaths: “Who cares [where they died]? They died!” pic.twitter.com/VECpQNKF2I

Update on indoor dining in NYC:

If positivity rates hold we will reopen indoor dining at 25% capacity on Valentine's Day – February 14.

In addition to reduced capacity, mandatory safety guidelines will be in place.