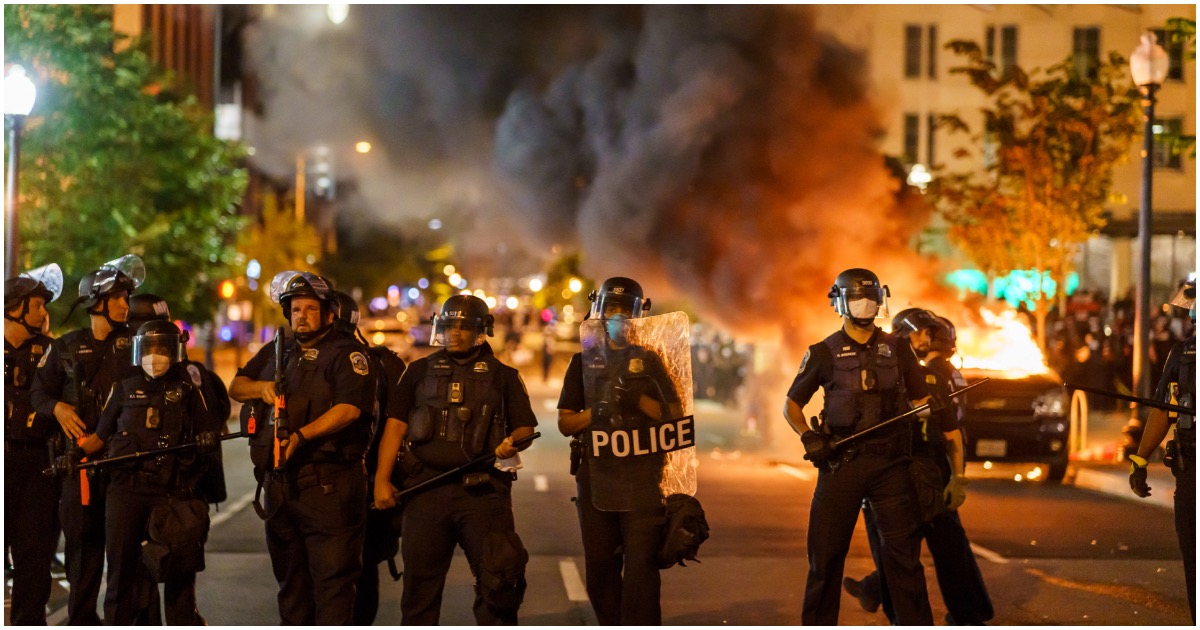 The following article, BLM Nominated for Nobel Peace Prize, Caused Billions In Damage – Hundreds of Cops Injured In Riots, was first published on Flag And Cross.

You don’t have to do anything good to be celebrated by the left. For example, you can literally start a “movement” that incites violence by promoting racism and still be nominated for a Nobel Peace Prize.

And yet, President Trump and his administration calmed North Korean tensions; didn’t get the USA involved in any new wars; brokered peace deals between Israel and multiple Middle East nations – but he gets no respect.

The Black Lives Matter movement has been nominated for the 2021 Nobel peace prize for the way its call for systemic change has spread around the world.

In his nomination papers, the Norwegian MP Petter Eide said the movement had forced countries outside the US to grapple with racism within their own societies.

Eide said, “I find that one of the key challenges we have seen in America, but also in Europe and Asia, is the kind of increasing conflict based on inequality.cBlack Lives Matter has become a very important worldwide movement to fight racial injustice.”

He ignorantly added, “They have had a tremendous achievement in raising global awareness and consciousness about racial injustice.”

Oh, and about the billions in damage across the United States? Yeah, funny how that isn’t noted.

If there was ever any doubt about Orwell’s 1984 THIS insanity proves it is here and growing.

Nobel did invent dynamite. Might as well honor those that have destructive attributes.