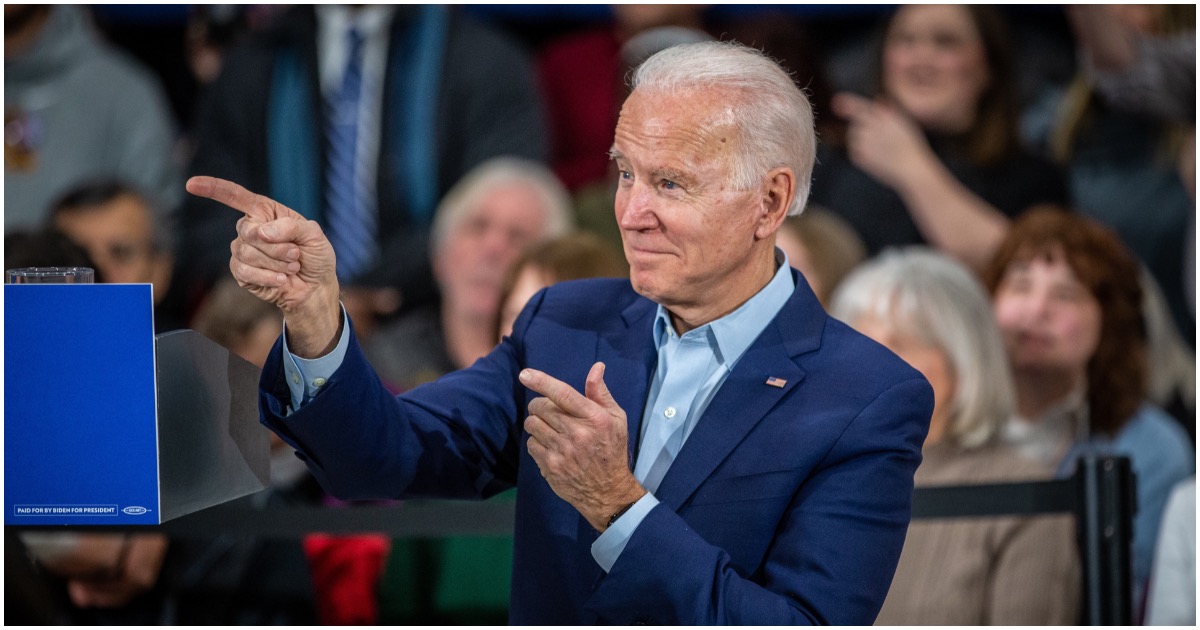 The following article, Report: Biden Forming Committee With Intent of Packing the Supreme Court, was first published on Flag And Cross.

Biden refused to answer on the campaign trail if he would pack the court. He even said the American people don’t deserve to know his position on the matter.

But since SCOTUS currently leans 5-4 conservative (though, four of the five justices sometimes side with the liberal minority), Joe is now making it clear that he’s planning to bump up the total from nine.

The Biden administration is moving forward with the creation of a bipartisan commission to study reforms to the Supreme Court and the federal judiciary.

The commission will be housed under the purview of the White House Counsel’s office and filled out with the behind-the-scenes help of the Biden campaign’s lawyer Bob Bauer, who will co-chair the commission. Its specific mandate is still being decided. But, in a signal that the commission is indeed moving ahead, some members have already been selected, according to multiple people familiar with the discussions.

Among those who will be on the commission are Cristina Rodríguez, a professor at Yale Law School and a former deputy assistant attorney general in the Obama Department of Justice, who will join Bauer as co-chair. Caroline Fredrickson, the former president of the American Constitution Society, and Jack Goldsmith, a Harvard Law School professor and a former assistant attorney general in the Bush Department of Justice, will also serve on the commission, those familiar with discussions said.

Fredrickson has hinted that she is intellectually supportive of ideas like court expansion. In 2019, she said in an interview with Eric Lesh, the executive director of the LGBT Bar Association and Foundation of Greater New York: “I often point out to people who aren’t lawyers that the Supreme Court is not defined as ‘nine person body’ in the Constitution, and it has changed size many times.”

President Biden is assembling a national security team with an unusually ambitious agenda to negotiate new arms control treaties, scale back the nuclear arsenal, and review decades of military doctrinehttps://t.co/cAdc7gyThe

Rep. Joaquin Castro is urging President Biden to allow DACA recipients to get health care coverage under the Affordable Care Act, particularly the more than 200,000 recipients who are essential workers. – @NBCLatino https://t.co/ipaW8CSeHt

Today @JoeBiden announced that he is committing to a historic society-wide mobilization to stop the climate crisis, create millions of good jobs, and roll back centuries of systemic environmental racism.

Many of the things we have been fighting for became a reality including:

Something tells us the press will be way too busy licking Joe Biden’s hand to fact-check this total whopper https://t.co/A8FTiiHOvS

And we see exactly what we expected from dems when they managed to steal power over America, and packing the courts with liberals is merely the beginning. They will now change laws & rules to prevent conservative Americans from being elected in the future. Goodbye America.

I Hope and Pray that This Fucken Insanity Comes to a peaceful End Everything that has Been Put Forward Since Jan 6th is DESTROYING THIS COUNTRY FROM THE INSIDE…… I Hope and Pray the Higher up people Come to THEIR SENSES, Before All is LOST. W.T.F. are you Doing to This Country ??????