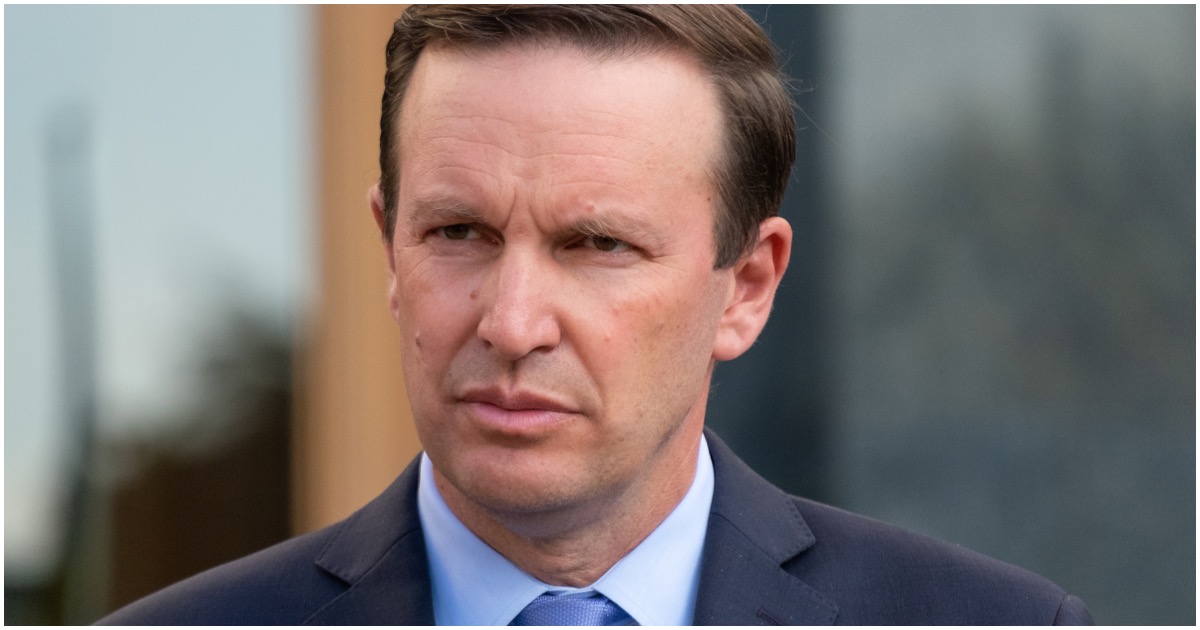 The following article, Dem Senator: Troops Remain In DC Because Trump May Incite Another Capitol Attack, was first published on Flag And Cross.

On a scale of 1-10, this quote from a Democrat Senator hits 11 on the side of stupidity. People like Chris Murphy just can’t help themselves. They are literally obsessed with President Donald Trump.

Hey, Connecticut – want a do-over on this guy or what?

If you live in the Constitution State and said no, you may want to re-evaluate.

During an appearance on CNN, Murphy said: “The threat to the country is not over. We still have 5,000 National Guard members surrounding the Capitol complex. Why? Because there are still existing threats, present threats to the security of the Capitol. And so long as Donald Trump is empowered by Senate Republicans, there’s still the chance that he is going to incite another attempt at the Capitol or stir up similar trouble at the state legislative level or in a governor’s election when things don’t go his way. The threat is still very real to American democracy.”

Appears more that the dems/communists must believe they need the military to keep themselves in power; sounds like what we have seen of banana republics & other communist leaders in past years….

Of course they do, because they and we know they frauded the 2020 election.

The troops at capitol are guarding the real domestic terrorists *inside* the Capital, namely the Democrat Socialists of America

Like me Pappy use to say, Son you can’t FIX STUPID……

If the democrats had won a legal election they wouldn’t be so paranoid about Trump supporters starting a riot. They know that the people of the US are very upset about the fraudulent election and there is a very good chance that there will be an uprising in the future with all the unconstitutional changes going on with the fraudulent government in power now…

Troops were not needed until Illigitimate Joe got in. And did you notice on the day of the capital crisis, how fast the crowd was diplaced? We in MN still have a 4 block area curtained off with militant Antifa/BLM in charge. Now what is wrong with this picture?

Betting it tough to have this grand hate so heavy on him but with his head where the sun never shines I’m sure he will never see the light that all this is bs he is blowing. Could be fear that Trump will act as devilrats would by more backing of BLM and ANTIFA to crash the White House to show the world of thier powers and supreme hate.

The Cognitive Dissonance of the Democrats is simply unexplained!!! Trump did NOT incite any Capital attack, period!!

Trump might incite an erection. Democrats do have a sick mindset.

Hey DEMS LOOK IN THE MIRROR! Outright public statements by Pelosi, Waters, AOC, Omar, and others that have happened over the last 4 yerars. How fast did Trump’s rally breakup on the day of the charge on the Capital? Now we have Illigiimate Joe establishing a military presence and demanding other security over what they started. Paybacks are h