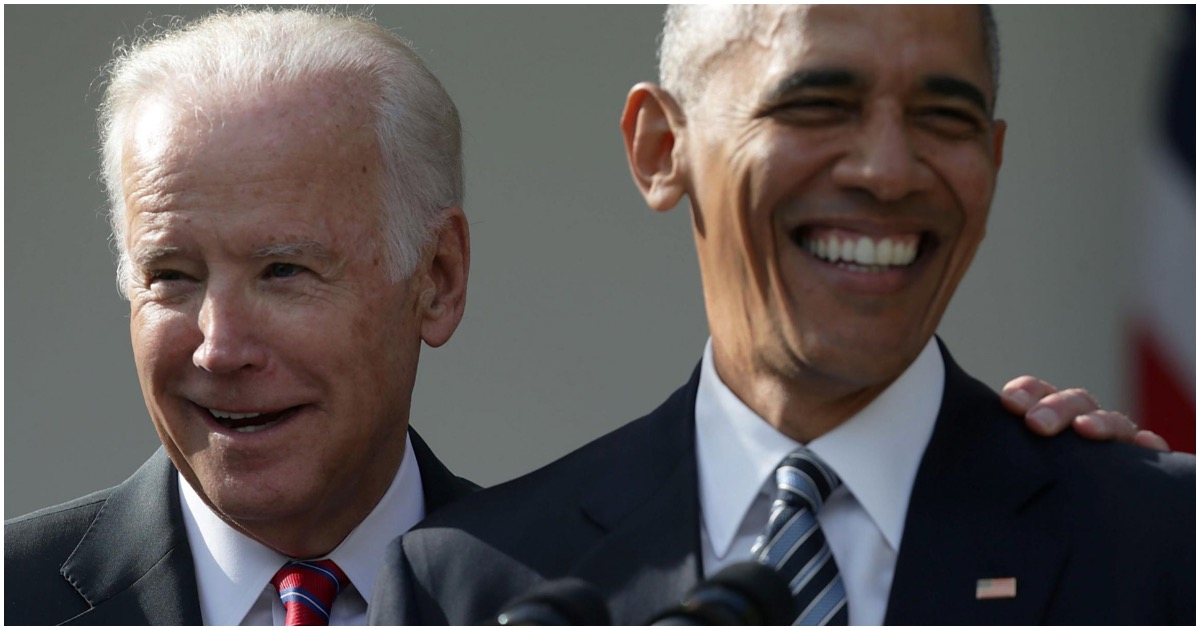 The following article, Biden Calls for Unity While Undoing All Trump Accomplished: This Is Hypocrisy Not Progress (Opinion), was first published on Flag And Cross.

It has always been a point of contention about just why liberals call themselves progressives. Exactly where, or what, are they progressing to, except toward the inglorious fall of a once great nation?

Now, children’s existence is threatened before birth, and after that the biological gender assigned to them by nature is up for grabs.

Girls in school sports will now have to compete with goofy males who don’t know what they are and place the females at an obvious disadvantage. It is here we are forced to use another “p” word. This is not progress it is perversion.

Be watching our borders for the great migration of illegal immigrants who have heard Joe Biden’s clarion call for all things free, while the bad dudes with drugs, terror and child traffickers are not going to get the boot. Texas says no way. Already Texas Attorney General Ken Paxton has decided to drag Biden to the court to block the obviously “unlawful” immigration freeze.

No one should ever discourage the true church for emphasizing the full meaning of the famous John 3:16, but today it is James 3:16 that is needed to address a nation sinking in twisted and perverted behaviors that will bring its citizens to their knees. Read it:

“For where envying and strife is, there is confusion and every evil work.” James 3:16

The keyword in this passage is “confusion” – that is what the Biden administration is bringing in, but not on the wings of angels.

The labor unions gleefully supported Biden’s bid for boss, but as of this week are ruing the day. Thousands have lost good paying jobs in the energy industry with a single stroke of Biden’s EO pen.

Using his pen like the sword of revenge Joe Biden is shown gleefully signing order after order. Firmly resolute and almost smirking, but the feeling it produces is not very American.

It looks like vindictiveness, revenge and Trump hate all rolled in together, and then used to bludgeon the 70 million voters who recently had their votes tossed out, denied, or overcome with mystery votes that clandestinely wafted in from the ether.

Biden isn’t about unity; in fact, he has killed the commission encouraging ‘renewed American unity’ – an effort to gather our shared identity as Americans in one declaration.

All of Joe Biden’s first efforts in office and those of top dem’s like Pelosi and Schumer are looking more like hyper-vindictiveness and vitriol. Now, they don’t have to make a show of tearing up Presidents Trump’s State of the Union address in the background, the doors are open now to drag out everything Trump accomplished and put it in the dumpster.

To top all this push for unity off – now Biden has spoken out, at last, about the Trump impeachment efforts. CNN has reported that Joe thinks, it has to happen. Very few doubt that it is not unity Biden is after, but it is fear of a Trump return in 2024.

Unity? We think not.

The liberals may anger a few conservative, perhaps they have angered President Trump, but that is nothing to the anger God has for the continued murder of babies and the perverting of children. See for yourself.

“Do they provoke me to anger? saith the LORD: do they not provoke themselves to the confusion of their own faces?” Jeremiah 7:19

Michael Bresciani is the editor of new.americanprophet.org and americanprophet.org archive since 2005. The website features the articles and reports of Bresciani along with some of America’s best writers and journalists. Millions have read his timely reports and articles in online journals and print publications across the nation and the globe. Visit us at GAB, Spreely, USA.Life, Twitter and Facebook.

Continue reading: Biden Calls for Unity While Undoing All Trump Accomplished: This Is Hypocrisy Not Progress (Opinion) ...