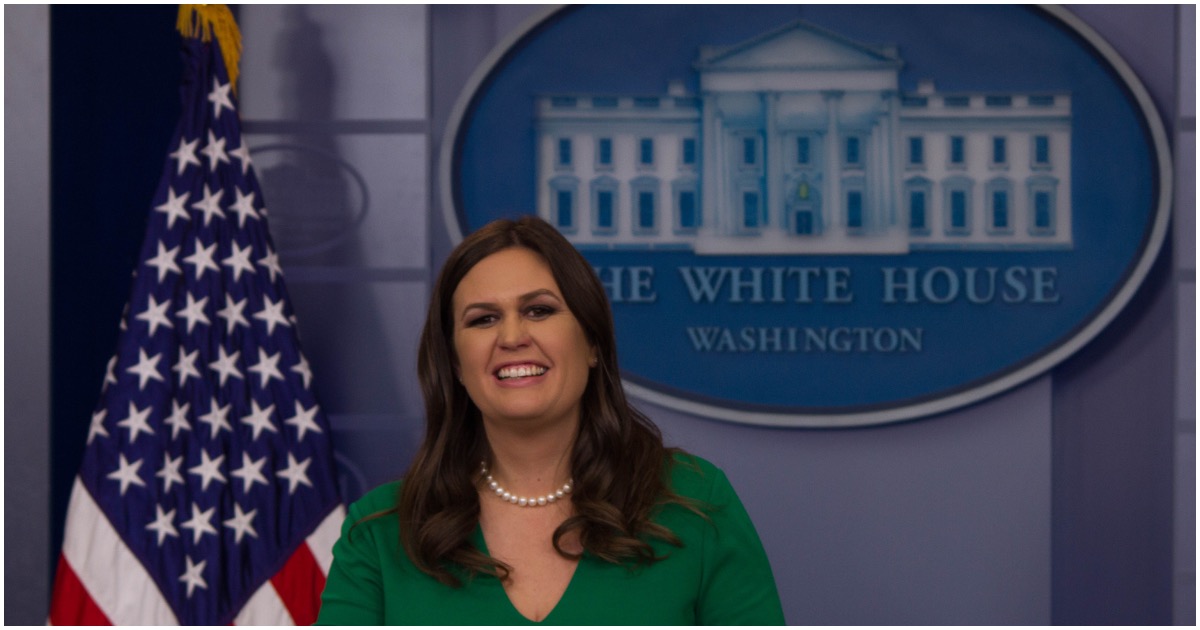 Sarah Huckabee Sanders has to have skin tougher than a rhino’s. The unbelievable verbal bashings she took from the media, Hollywood elites, and liberal blowhards on Twitter would be more than enough to make anybody want to quit and walk away.

But SHS is a different breed, apparently.

Former White House press secretary Sarah Sanders is expected to announce her candidacy for governor of Arkansas in the 2022 elections on Monday, Fox News has learned.

Want to see some tolerant liberal reactions? Of course you do!

If Arkansas elects Sarah Huckabee Sanders as their Governor, they will be competing with Alabama for the title of dumbest state.

If I said that I believed that Arkansas will elect Sarah Huckabee Sanders as their governor, it would be a brutal insult to Arkansas, and anyone from Arkansas should be furious at me for suggesting it.

Trump is a monster. Sarah Huckabee Sanders is just proof that the monster laid eggs.

BREAKING: Sarah Huckabee Sanders is running for Governor of Arkansas.

Sanders used her platform as Press Secretary to tell hundreds of lies to the American people, to direct violence towards the press, and to send a mob after a small business (the Red Hen).

Imagine witnessing Sarah Huckabee Sanders' performance in public life to date and thinking, yes, this is the person I want running my state government.

Do conservatives think of public officials as anything other than culture warriors any more? Do they know these are real jobs?

Repulsive MAGA propagandist Sarah Huckabee Sanders is going run for Governor of Arkansas, a state that has GOP Seditionist Tom Cotton representing them even though he ran on stolen valor.

Arkansas, that’s pretty gross. Can’t you do any better than that?

Sarah Huckabee Sanders is now running for Governor of Arkansas. Robert Mueller could have stopped this if he'd done his job by charging her with felony obstruction of justice. Mueller's cowardice will continue to haunt us for years to come.

Arkansas s full of ignorant woodchucks. She’s very smart, and they are dumb as stone.

The country will be watching, Arkansas. We all remember that you voted in the clintons to be your ‘leader’…….