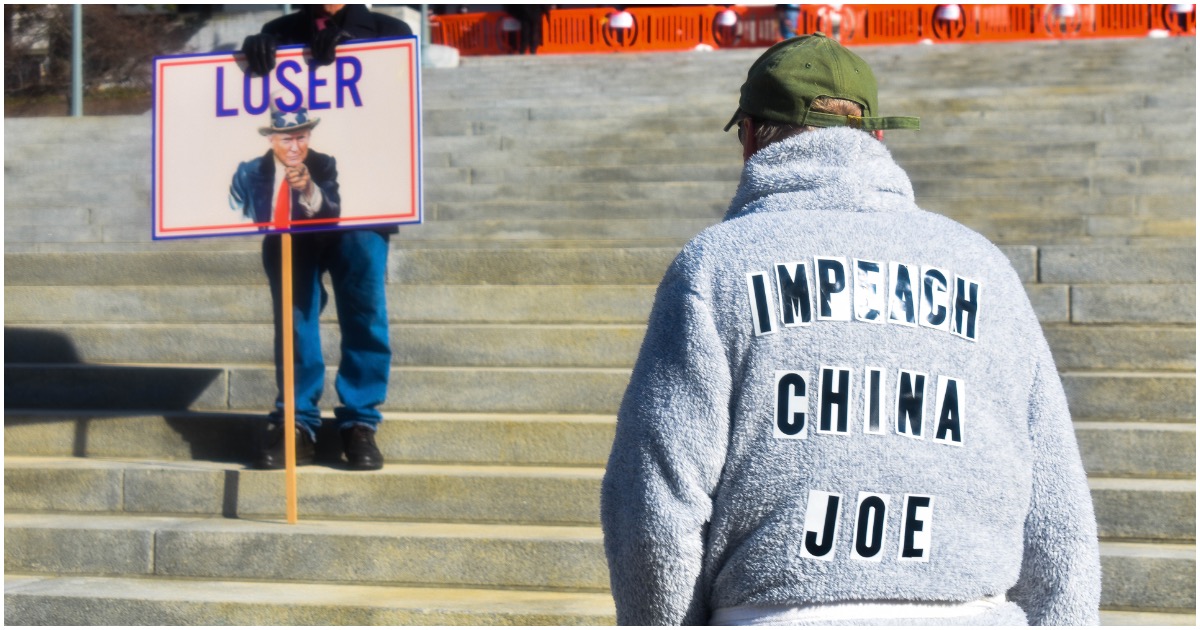 She said she would do it. She kept her word. Obviously, Biden isn’t going anywhere just yet – unfortunately. But after what the Left put Trump through for four years, they had this coming.

The freshman Republican, who has supported QANON conspiracy theories and criticized the 25,000 National Guard deployed to Washington D.C. to protect the presidential inauguration, took to Twitter to make her announcement.

“I’ve just filed articles of impeachment on President Joe Biden, we will see how this goes,” Greene said.

I just filed Articles of Impeachment on President @JoeBiden. pic.twitter.com/mcwEEkKiHL

The thing about this is that it plays down to the level of the Democrats.

Dems never had a good reason to impeach Trump and that didn’t stop them. But it doesn’t mean the GOP should stoop to their level.

Hey, you republicans can’t impeach joe unless you can show criminal acts; that’s to be used against a non-democrat like Trump only, not a democrat…….