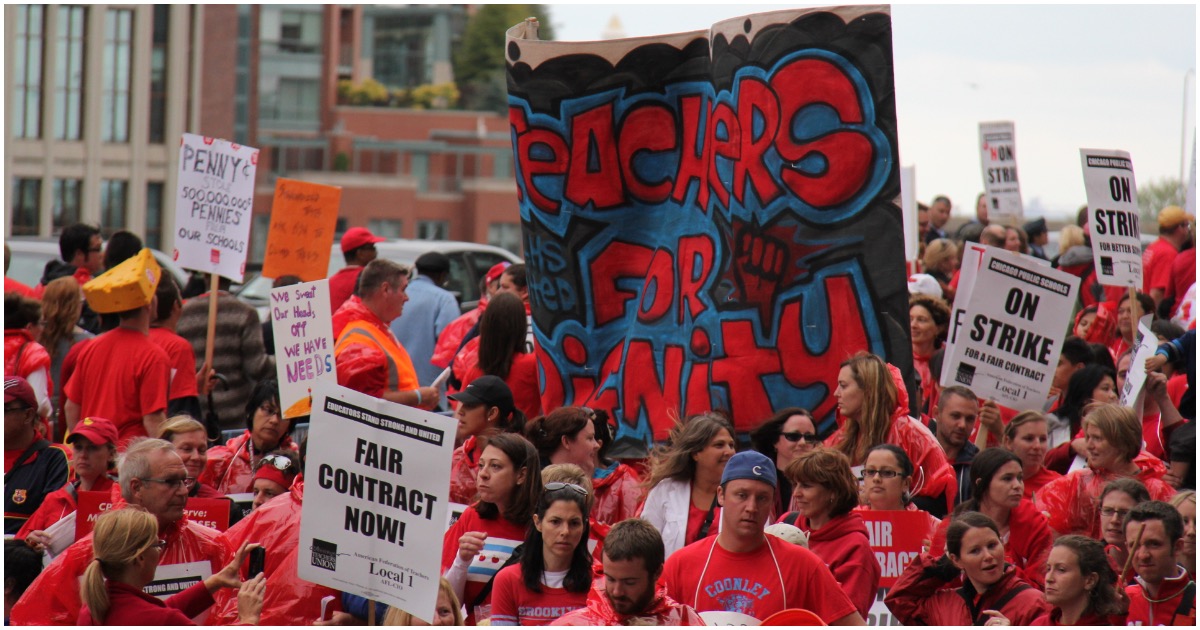 The following article, Chicago Teachers Refuse to Go Back to Teaching In-Person, Cite Racism & Sexism [Details], was first published on Flag And Cross.

Chicago teachers so love their jobs that they’re willing to stop going into work, because doing so in the time of COVID would be racist and/or sexist.

Chicago’s teacher’s union voted on Sunday to defy Chicago Public Schools administration and refuse to return to in-person teaching even though pupils are due back in classrooms on February 1st.

Chicago Public Schools (CPS) has been locked in a power struggle with the union for some time, with teachers and union brass insisting that it is not safe for teachers to return to classrooms, even though Chicago’s private schools have been in-person for months. At one point, the Chicago Teachers Union, or CTU, suggested that any plan to return to in-classroom teaching would be both racist and sexist.

As the Daily Wire reported last week, some Chicago students — mostly preschoolers and those students with moderate to severe special needs — returned to empty classrooms, with teachers calling in sick to resist CPS’s demands that they return to classrooms. The union issued a list of demands to CPS instead, pledging to remain in “virtual” classrooms until “all school employees have had the opportunity to get vaccinated, or until the city’s positivity rate falls to 3 percent and its rate of new cases falls below 400 per day.”

As a career politician, Joe Biden knows a thing or two about lying.

Even though he has been caught telling falsehoods many, many times over, the mainstream media and his supporters still decide to look the other way.

For example, here’s a quote from Joe speaking to a reporter while running for president in 1988: “I think I probably have a much higher IQ than you do, I suspect. I went to law school on a full academic scholarship, the only one in my — in my class to have a full academic scholarship. In the first year in law school I decided didn’t want to be in law school and ended up in the bottom two-thirds of my class, and then decided I wanted to stay, went back to law school, and in fact ended up in the top half of my class. I won the international moot-court competition. I was the outstanding student in the political science department at the end of my year. I graduated with three degrees from undergraduate school and 165 credits — I only needed 123 credits. And I’d be delighted to sit down and compare my IQ to yours if you’d like Frank.”

Solution: Stop their paychecks they now receive for ‘being on vacation’.

Biden has a track record of lies throughout his career. Why would anyone expect him to be truthful as President when he lied as a Senator.

Chicago teachers compared with the rest of the state have gotten combat pay having to deal with the trash of the city. The union unfortunately city, state, and nationally does not have kids as a priority. It is all about them and their liberal philosophy.