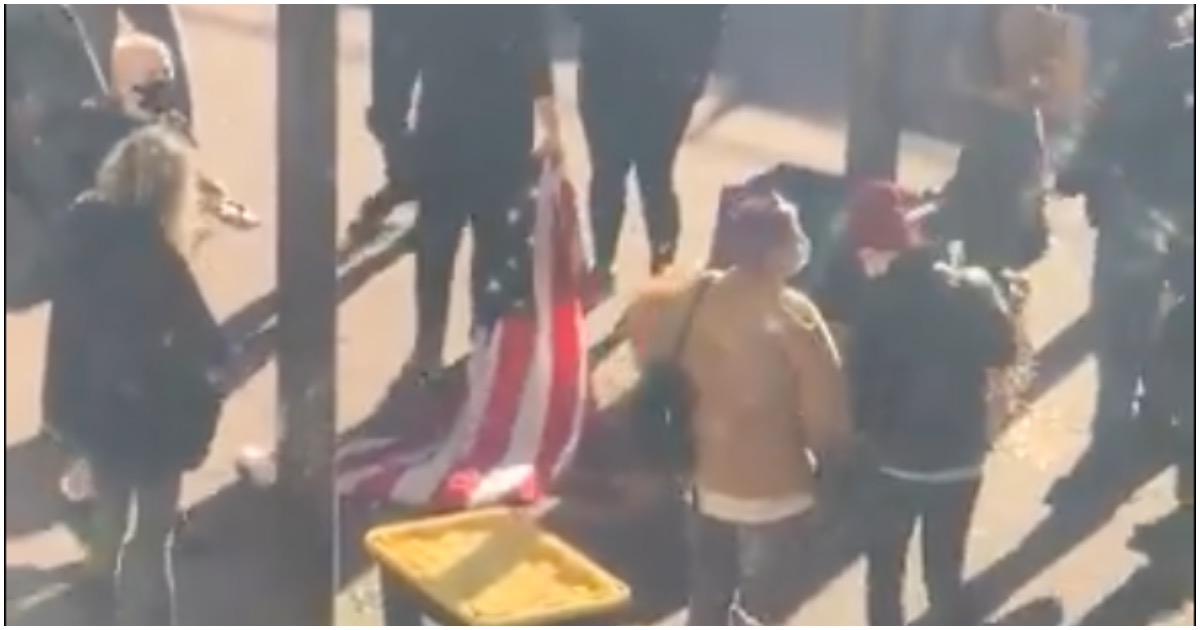 Left-wing violence is not violence to the left. Rioting, looting, fighting back against cops – those people are the real patriots, they’ll say.

But when a group of supposed conservatives are literally invited by cops into the Capitol building in Washington DC, it’s insurrection!

Check out what happened on Friday near Seattle. Did you hear about any of this on the news?

BELLINGHAM, Wash. — Protestors broke into City Hall in Bellingham on Friday, forcing the mayor to be escorted out of the building for safety.

Mayor Seth Fleetwood said it is impossible to ignore the parallels to the storming of the Washington D.C. Capitol Building on Jan. 6.

“It was unsettling,” Fleetwood said. “They banged on the door and we got word they had somehow broken it open and were entering, and I was advised to leave,” he said. Fleetwood said he was ushered out a back door and driven away from the building to his car.

#BREAKING: Protestors broke into a locked city hall in Bellingham today. Mayor had to be escorted out for safety.

They also tore down the American flag outside. Stole a KGMI journalist’s mic and threw a hot drink on him.

They’re supposed to be here advocating for the homeless. pic.twitter.com/uIMbRVRwBl

Mayor says violence today does not help those who are experiencing homelessness in any way.

City will still work to get folks to voluntarily leave the encampment.#KIRO7 pic.twitter.com/Nzvcqkimv4

Why were these miscreants not arrested???? This mayor deserved this for not stopping the violence, though I am glad he was not harmed.
How is this a parallel to what happened in D.C.? Who in D.C. stomped on the flag and burned it? Who in D.C. threw hot drinks on people or stole a mic?
I do not condone what happened in D.C., but we do know they were allowed in and that many were Antifa- the same communist group who broke into City Hall in Bellingham.

I love it. DemonRATS destroying demonRAT states, and cities.

What seems to be the problem? Voters in Bellingham, Wash. got what they voted for.