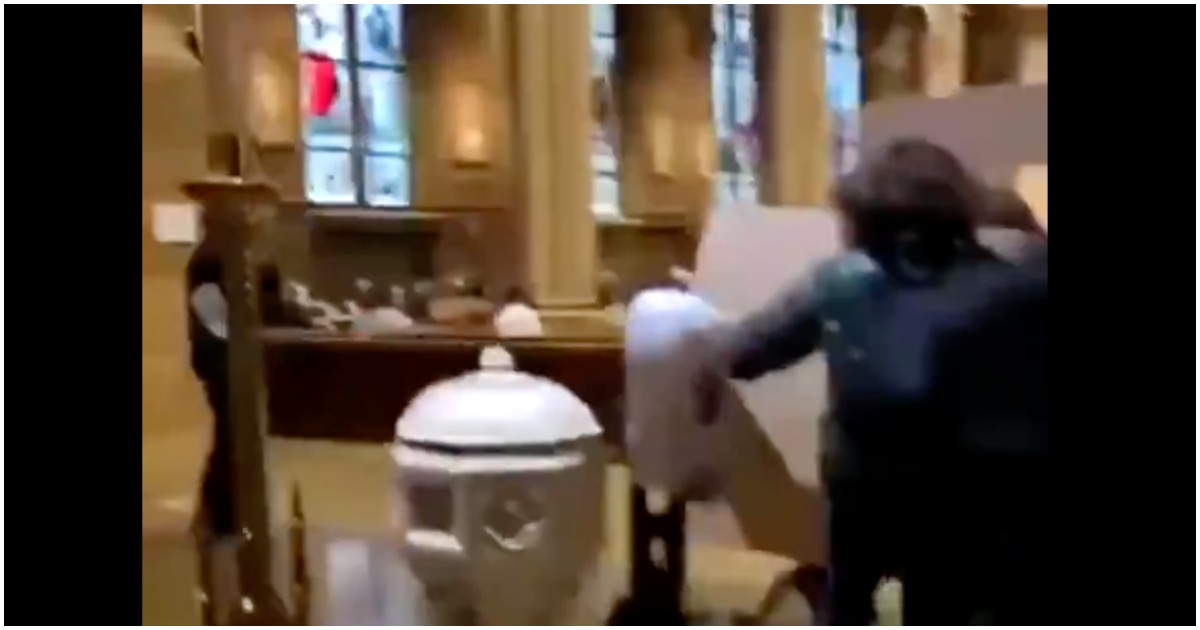 The following article, Pro-Choice Protesters Storm Catholic Church In Middle of Mass, Call for Abortion On-Demand, was first published on Flag And Cross.

“Two, four, six, eight this church teaches hate!” That’s what these crazed radicals chanted when they stormed into a Catholic Church like a pack of imbeciles.

Considering Joe Biden is a “devout Catholic” – LOL – he’ll surely have something to say, right?

This is not a story you’ll see on news broadcasts tonight.

“Fund abortion, not cops,” said one of their signs. “Abortion on Demand. End Hyde Now,” said another, apparently referring to the Hyde Amendment, which bans most federal funding for abortion. At least two protesters wore vests that read “clinic escort” on the back.

Police and church officials escorted the protestors outside, where some protesters appeared to make obscene gestures at them, according to video from The Columbus Dispatch.

This is the definition of pure evil.

How is it hate to want to save unborn babies’ lives? These protestors are screaming for the freedom to mass murder as many babies in the womb as they can. Christians and Catholics MUST stand up for Life, Liberty, and the Pursuit of Happiness for All, including humans still in the womb. Every one of those protestors should have to watch a film on the gory dismemberment of a precious child in the womb and then see if they still demand the murder of unborn children. God despises sacrificing children on the Altar of selfish self. Over 62 million babies… Read more »