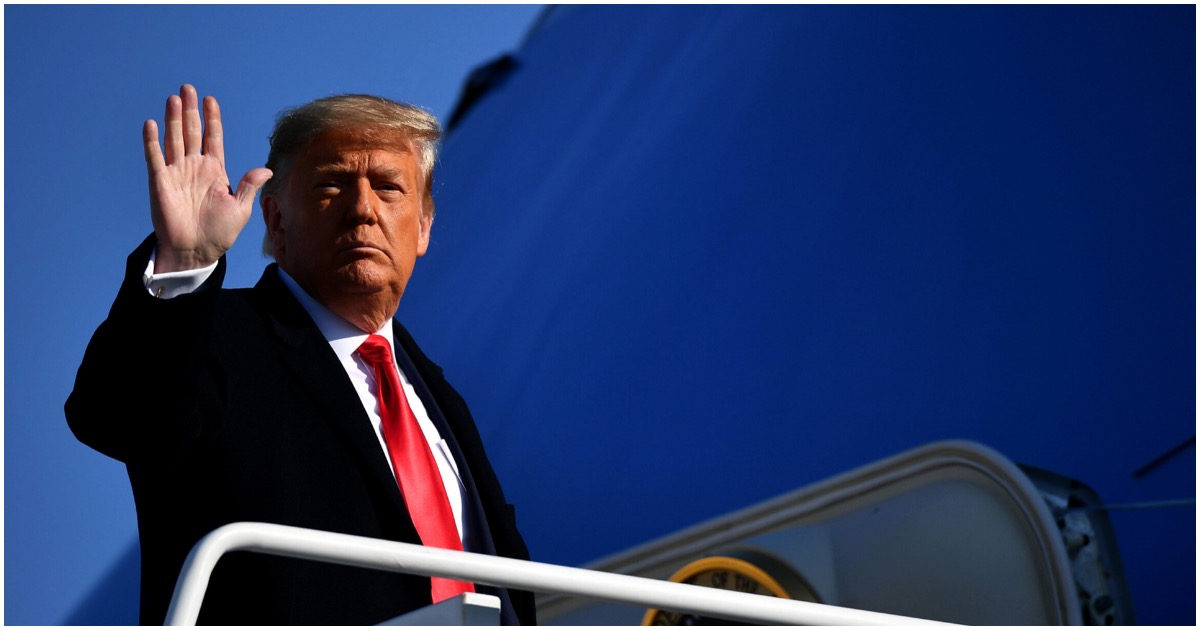 The following article, President Trump Speaks About His Future Plans During Lunch At One of His Golf Clubs, was first published on Flag And Cross.

President Trump may no longer work from behind the Resolute Desk in the Oval Office, but that doesn’t mean he isn’t planning something big to keep the MAGA movement alive.

Here’s the latest on 45, via Washington Examiner:

WEST PALM BEACH, Florida — Former President Donald Trump gave nothing away about his plans for life after the White House as he dined with friends at his golf club on Friday.

“We’ll do something, but not just yet,” he told the Washington Examiner as he sat at his regular table in the Grill Room of the Trump International Golf Club. An aide to the former chief executive then swooped in and swiftly, but politely, ended the interaction.

Trump has let it be known that he is considering another run for the White House in 2024. Reports also suggested that he was considering setting up a new party, the Patriot Party, as a vehicle to run for office.

He brought a small staff with him to Florida. They are working out of the Mar-a-Lago club as they begin to ramp up operations.

Biden then: Vote for me and we'll finally get this pandemic under control

Alberta Premier Jason Kenney on Biden nixing Keystone: "I was really disappointed that the new president didn’t give enough respect to America’s closest friend and ally to at least sit down with us and hear our case about how we reduce carbon emissions from Canada’s oil sands.” pic.twitter.com/4tvCU5eRAU

The CDC will require preflight testing as Covid-19 cases continue to soar and new, more infectious strains of the virus emerge. Here is what you need to know about the new protocols before you travel.

This article is free to read.

Continue reading: President Trump Speaks About His Future Plans During Lunch At One of His Golf Clubs ...