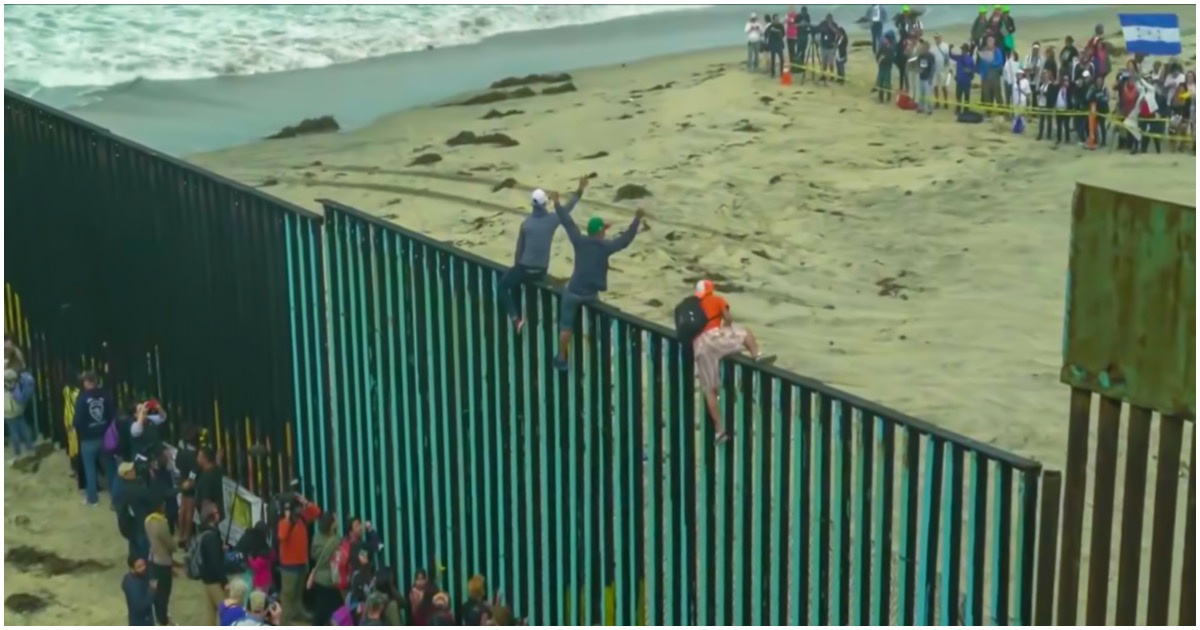 The following article, DAVIDSON: Immigration and Cultural Preservation, was first published on Flag And Cross.

Democrats want to flood the country with iIlegals, hand them all sorts of benefits, and induce them to someday become Democrat voters. Here is a quick quiz, however. Which U.S. president said these words verbatim, at one of his early State of the Union addresses? Reagan, Bush Sr., Clinton, Bush Jr., Obama, or Trump?

“All Americans, not only in the States most heavily affected but in every place in this country, are rightly disturbed by the large numbers of illegal aliens entering our country. The jobs they hold might otherwise be held by citizens or legal immigrants. The public services they use impose burdens on our taxpayers. That’s why our administration has moved aggressively to secure our borders more by hiring a record number of new border guards, by deporting twice as many criminal aliens as ever before, by cracking down on illegal hiring, by barring welfare benefits to illegal aliens.”

“In the budget I will present to you, we will try to do more to speed the deportation of illegal aliens who are arrested for crimes, to better identify illegal aliens in the workplace as recommended by the commission headed by former Congresswoman Barbara Jordan. We are a nation of immigrants. But we are also a nation of laws. It is wrong and ultimately self-defeating for a nation of immigrants to permit the kind of abuse of our immigration laws we have seen in recent years, and we must do more to stop it.”

President Clinton took this stance which seems out of character when compared to the Democrats of today. Roughly 61 million immigrants, for an overall increase of 18 million since the year 2000, currently reside in the U.S. including their American-born children. Based on various estimate, of that total, about 15.7 million are here illegally.

As President Clinton noted above, we are all rightly disturbed. Population and immigration researcher Steven Camarota notes, “These numbers raise profound questions that are seldom asked:

* What number of immigrants can be assimilated?

* What is the absorption capacity of our schools, health care system, infrastructure, and labor market?

* What is the effect on the environment and quality of life from significantly increasing the nation’s population density?”

“With 45 million legal immigrants and their young children already here,” he ponders, “does it make sense to continue admitting more than one million new legal permanent immigrants every year?” President Clinton didn’t think so.

Our longstanding immigration pattern changed after 1970. Back then, the 13.5 million immigrants represented one in 15 U.S. residents. Since 2000, with rising and largely uncontrolled numbers of immigrants, the pattern has changed. Today, about one of every five U.S. residents is an immigrant, but possibly that figure might even be higher.

These immigrants, immediately handed a federal basket of goodies, will vote in the direction that those who applaud mass immigration have steered them.

Cultural Preservation is Not Xenophobia

People who have lived here their entire lives have rights to the preservation of their culture, the same as a Laotian, a Rwandan, or a Norwegian has to theirs. Rather than imply that those who want to see order restored in the face of immigration challenges are xenophobic, perhaps we all need to give strong consideration to these kinds of questions:

1. How does the increased pressure on social services as a result of escalating immigration reshape our tax structure?

2. How have other nations fared after they launched a wealth redistribution effort like ours?

3. Historically, what other nations survived such an onslaught?

4. If the survival rate is ominous, how are we going to fix the situation here?

5. Who specifically will do the job?

If we don’t know that answers to such question then, obviously, we have no business adding to the problem as a result of ignorance, laxity, and the quest to pursue a political agenda. Unless we strive to support the health, well-being, income, and prospects for our citizens, we have no business rolling the die concerning their welfare.

A Right and a Responsibility

In the words of the late Barbara Jordan – the first African-American woman elected to the Texas Senate, and the first woman to serve Texas in the U.S. House of Representatives – “It is both a right and a responsibility of a democratic society to manage immigration so that it serves the national interest.”