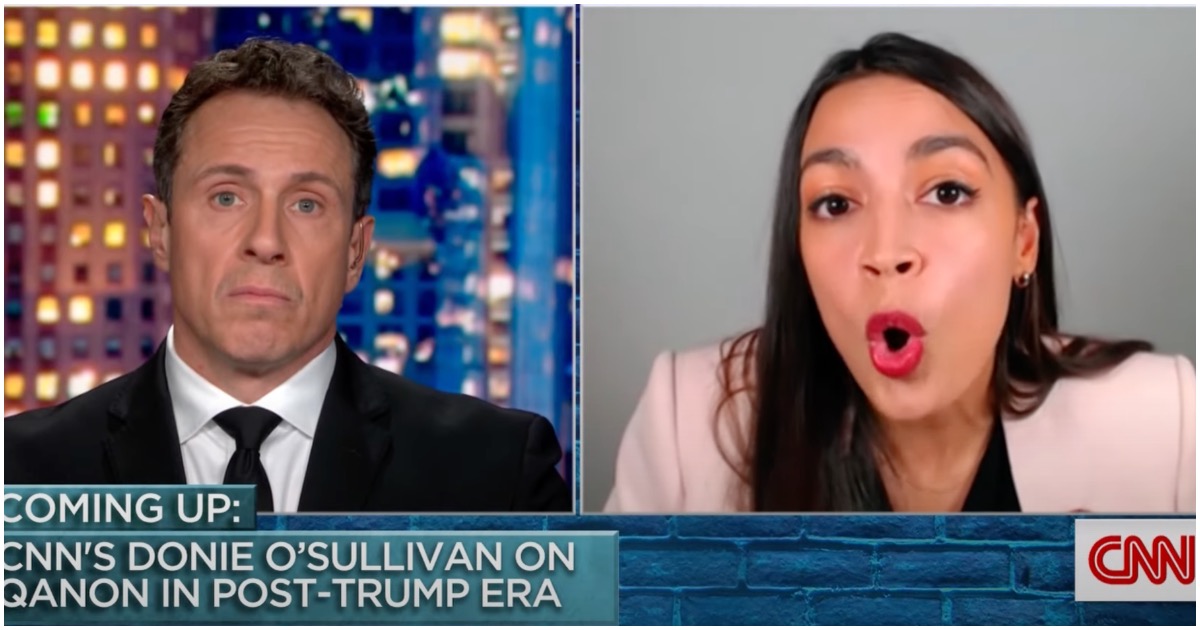 The following article, AOC: I Didn’t Attend Inauguration Because I Didn’t ‘Feel Safe’ Around Republicans, was first published on Flag And Cross.

If Alexandria Ocasio-Cortez loved history (or her country), she would’ve been in attendance at the inauguration on January 20 – however fraudulent it may be.

You’d think someone like AOC would want to see history being made when Kamala Harris was sworn-in as the first female vice president – however fraudulent it may be, also.

Instead, the loudmouth from the Bronx decided to push her style of “unity” by saying Republicans are dangerous.

Rep. Alexandria Ocasio-Cortez (D-NY) said during an interview on Thursday night that part of the reason that she did not attend President Joe Biden’s inauguration was because she does not feel safe around Republicans.

“You knew that people would ask why you weren’t there,” CNN host Chris Cuomo said. “This was a good cause, from your perspective, of dealing with your constituency. But this was supposed to be a show of force, and unity, and you weren’t there. Explain it.”

She blabbered, “Yeah, you know, I think we also had very real security concerns as well, as you mentioned earlier. We still don’t yet feel safe around other Members of Congress and…”

Will someone please this crazy lady what the definition of GAS-LIGHTING is !?
She is as crazy as the wind.

AOC is an idiot. Plain and simple. She just wants to cause trouble.

She is an idiot but she was re-elected by people even more intellectually challenged than she. You can’t fight ignorance at this level.