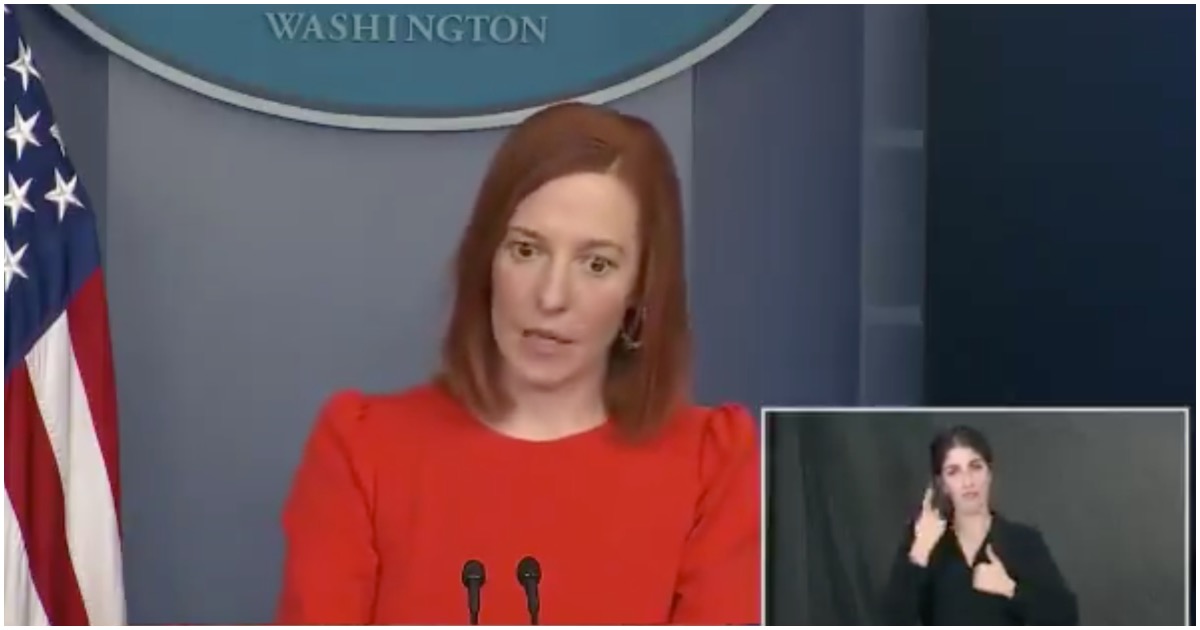 The following article, Psaki When Asked Why Joe Didn’t Wear Mask After Signing EO: ‘Bigger Issues to Worry About’, was first published on Flag And Cross.

It is going to be a trip covering Joe Biden’s “presidency.” On Day 1, the guy signs an Executive Order mandating masks must be worn on federal property, then decides to not wear one later that same night at the Lincoln Memorial.

Didn’t Joe (and every liberal, for that matter) blast Trump whenever he didn’t wear a mask?

Why wasn't @JoeBiden wearing a mask last night after signing a mask mandate?

Press Secretary Jen Psaki: "He was celebrating an evening of a historic day…He was surrounded by his family…We have bigger issues to worry about."

Biden wants you to follow the rules that he won't. pic.twitter.com/P5xy0CireG

President Biden was quick Thursday to dismiss an Associated Press reporter who attempted to ask him a question at one of Biden’s first events as president.

While Biden signed executive orders meant to combat the coronavirus outbreak, AP White House reporter Zeke Miller pressed him about his previously-announced goal of having 100 million Americans vaccinated within the first 100 days in office. Miller asked whether the bar should be set “higher” to encourage even more Americans to get vaccinated.

Biden, asked if 100 million vaccines within 100 days is too low of a goal, snaps: “When I announced it you all said it wasn’t possible. Gimme a break. C’mon man.” pic.twitter.com/O7n7jBOjvn

“Bigger issues to worry about”? But, but, old china-joe’s entire election promise was for him to ‘solve the chinese virus problem in America’?? Remember, it was all Trump’s fault…..

The new level of honesty, integrity and transparency, from the Biden administration.

The White House Press Secretary for both political parties must be the worst job in government. Every President has said or done something that was either embarrassing, an outright lie, off color joke or totally off the wall.
I cannot even imagine how the press secretary somehow manages to come up with a lame excuse for the reason the President said or did this.