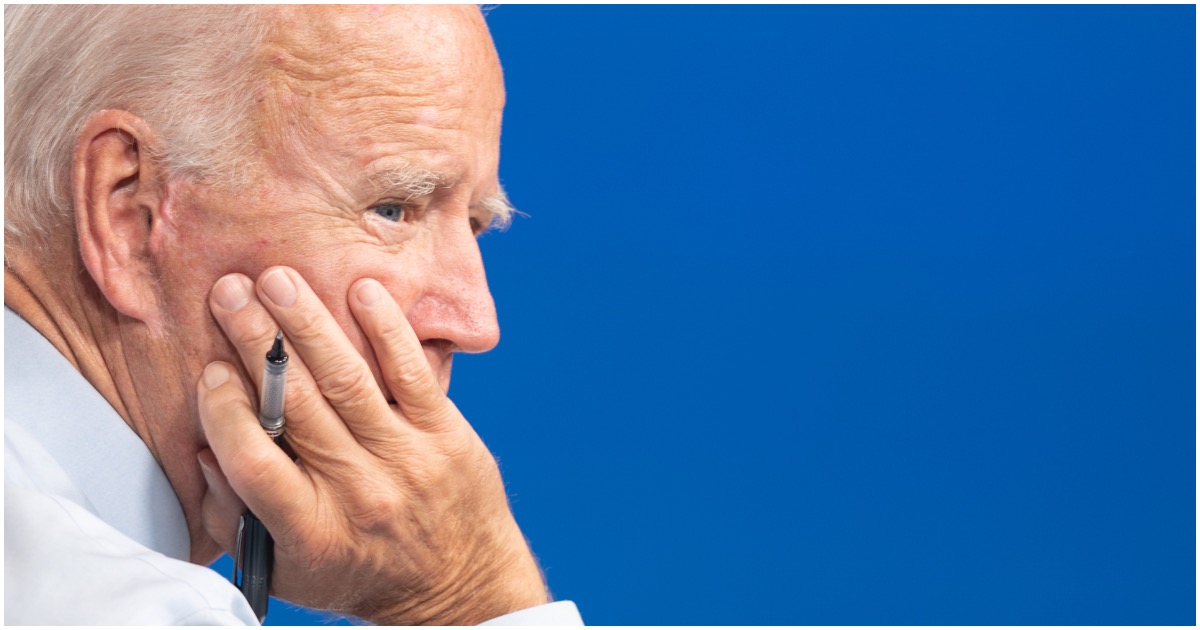 The following article, Inauguration Day 2021: A Dark Cloud Rolls Out Across America (Opinion), was first published on Flag And Cross.

America woke to images of President Trump and First Lady Melania slowly walking away from the White House to board the Marine One helicopter.

It was a somber scene, and it generated a strong feeling of sadness, vexation, change for the worse, and the destruction, temporarily at least, of a legacy, and a hope for America’s renewal.

It was as if, a dark cloud had begun rolling across our once great nation, starting from the White House.

Now using words like extreme and fringe the era of high-level patriotism and love of country has been swatted by the mainstream media, like a pesky insect in the room.

But even for this, the President and Melania departed gracefully and with dignity. They left behind a few words of hope when the President said he would return again in “some form” – even though he did not elaborate what that meant exactly.

Some today, are speaking of a possible presidential run by Donald Trump Jr. – possible? Others would, no doubt, welcome Trump’s return in 2024.

Gloominess and deep disappointment now hang over the nation like never before. All we must look forward to now is watching Joe Biden and Kamala Harris destroy all that Trump did – one item at a time.

Regardless of what Biden does we have witnessed two grand miracles along with a long list of Trump’s accomplishments.

The first, is Operation Warp Speed in which a vaccine for Covid-19 was developed in a mere nine months.

The second, was that for the first time in over a century we had a President who kept his promises.

What Do We Look for Now?

Jan Markell of the Olive Tree Ministries says, that we are about to see a great socialist/Marxist reset in America in which these things will be brought to bear upon us by a radicalized leftist democratic party.

Globalism will be implemented by almost imperceptible increments. During the last few years the changes will culminate in the rise to power of the the great one who comes to rule the EU and the entire world, shortly thereafter.

Trying to convince a world shrouded in darkness and deception is almost impossible, but we can say that the final product of this encroaching dark cloud will end in calamities, and events that this world is not ready for. No one can imagine today how severe the upcoming days will be like, with the exception of Bible based believers.

Perhaps it may serve only as an example that in the book of Revelation, it is the pale horse of death and destruction, that emerges just after the dark horse of the four horsemen of the Apocalypse.

The clouds of this era will clear only to reveal something far worse – you may count on it.

As for America, millions will enter the next period believing that Trump was cheated out of his victory. Those who harassed and cheated President Trump are a hateful, vindictive, and vicious political party that beside being the worst example to our young and the rest of the world will run smack dab into the great laws of reciprocation. They will reap what they have sown. They will not escape.

The kind of economic fall or collapse they produce will forever be attributed to them and their leaders.

They are the Avant-garde, the front runners, and the cutting edge of the new amoral minions of evil and reprobation. They will tax you and waste your treasures. They will prey upon your children with LGBT activism and transgender anti-science nonsense. They will break open the doors to all who want a free deal and something they did not work for, they will provide a chance for those who hate America and want to harm it, they will fulfill the hope of those who think big government is the answer to all our problems. They will perpetuate the fall of truth and objectivity through all their media outlets and platforms.

The failure of our nation will be the product of their success.

Could it change in 2022 midterms, 2024 elections – perhaps, but for now we say a fond goodbye to Donald and Melania Trump and, yes, we love you both.

We will weather this dark cloud and by the grace of God we will endure and flourish under God’s mighty hand of providence.

What we cannot do is change the fact that the following truth of the scripture will prevail upon us for at least the next four years – to wit:

“When the righteous are in authority, the people rejoice: but when the wicked beareth rule, the people mourn.” Proverbs 29:2

That ‘dark cloud’ is going to be a lot darker before the ‘end’. I think that the four years of Trumpism will soon be remembered with regret that we were not able to continue it, and that will include a lot of liberals/dems. Have to realize that there isn’t going to be room for all the dems to reside in the palace with your dictator.