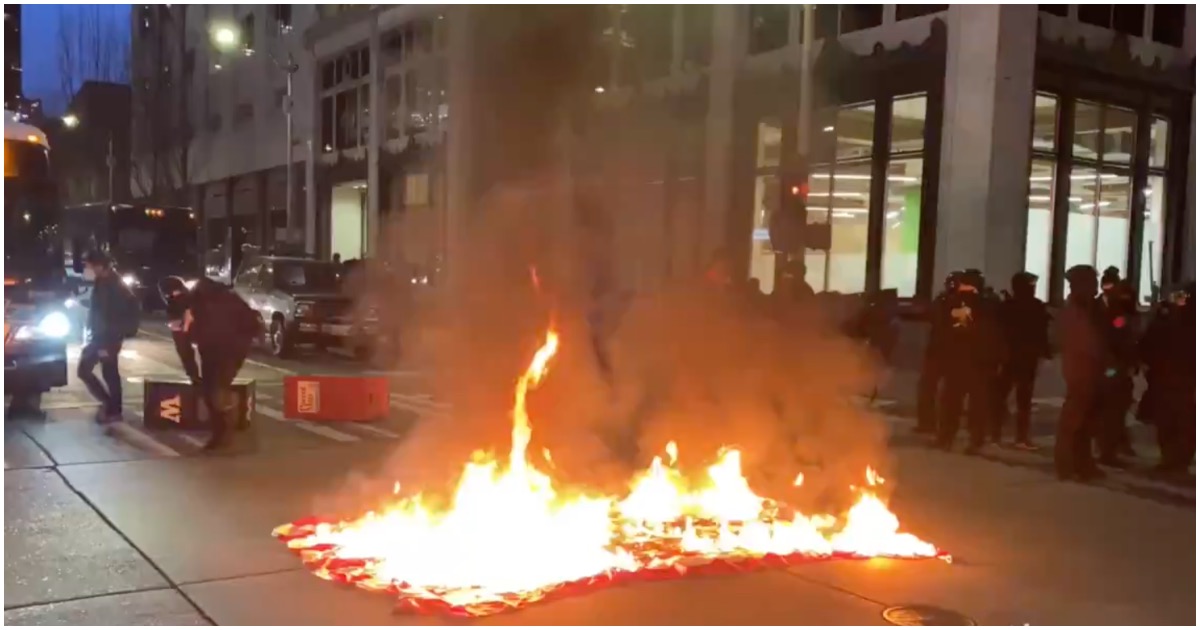 You woke up on Thursday morning and not much changed, you know, other than Joe Biden being sworn-in as president of the United States. As sad as it sounds, Donald Trump is now a former president.

How does Joe feel about this taking place on the day of his inauguration? Does he feel like we’re “united?”

Here’s some footage from Portland…

Hey guys: it’s a peaceful protest in Portland by mythical Antifa as they hold signs that say, “We don’t want Biden – we want revenge” with an image of an automatic rifle beneath it.

Why? Because they can. pic.twitter.com/kcLTlU3cEx

Portland: Watch shocking footage of #antifa smashing up the Democratic Party of Oregon headquarters. They bring weapons while their comrades use umbrellas to block surveillance video. Video by @Julio_Rosas11. #PortlandRiots pic.twitter.com/KdNNRgIEV0

Antifa is smashing out the widows of The DNC headquarters.
They are now a group that the DNC cannot control.
Who didn't see this coming?

Check out this cop being surrounded…

Portland: A police officer was surrounded by a mob of #antifa as he tried to confiscate their weapons. #PortlandRiots https://t.co/JpqaLx17Pt

Denver: Troopers at the state Capitol appear to retreat or leave as #antifa threaten them away. pic.twitter.com/idjzold6rL

And don’t forget about Seattle…

American flags are burned on the streets of Seattle as part of tonight’s J20 Direct Action #Seattle #SeattleProtests #J20 pic.twitter.com/DTL9CzEHnF

VIDEO: AIR4 was LIVE over Downtown Seattle as anarchists blocked traffic and a lit a large American Flag on fire in the middle of this intersection. #KOMONews pic.twitter.com/AZJMru04tT

I love it. It’s great to see DemonRATS burning down DemonRAT cities. If they get arrested, Harris will hold more fund raisers to bail them out.

We can militarize our country’s capital, razor wire, papers please, ect. , but the Dem states continue to not stand for the citzens of their state and protect them. They protect ANTIFA/Black Lives Matter…And they protect the homeless. What spending these states do to protect illegal immigrants would be better spent on special needs children. These are children of citizens of our country.