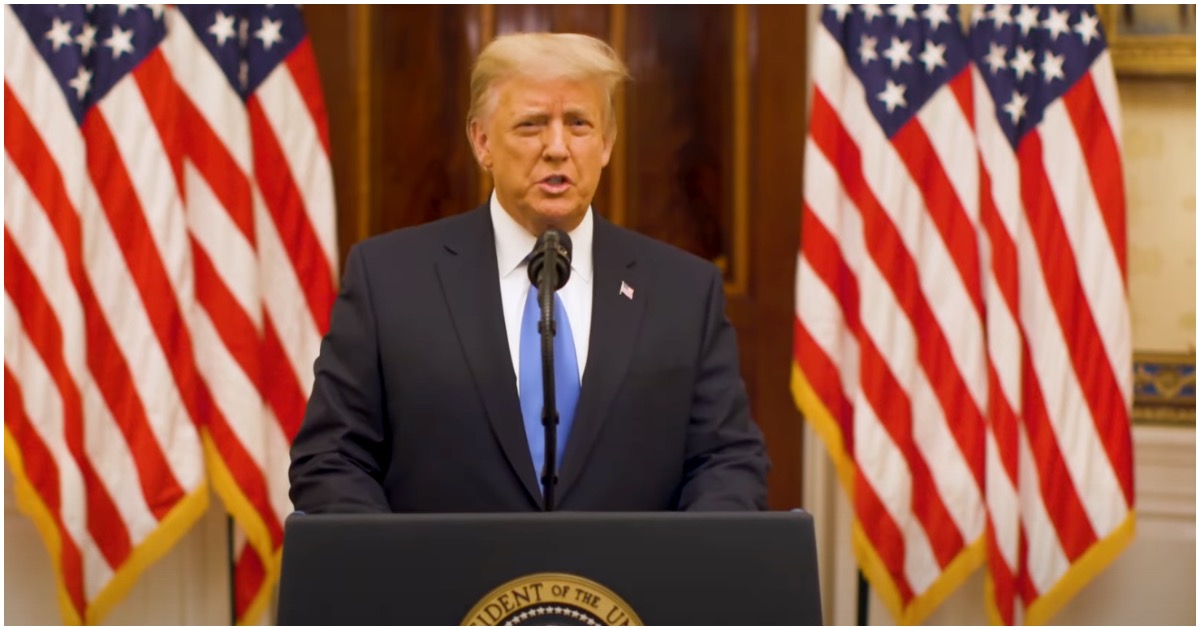 The following article, Trump Releases Powerful, Moving Farewell Address as President of the United States (Video), was first published on Flag And Cross.

The day has come. The problem is that it’s four years too soon. Donald Trump shouldn’t be leaving office today. He should be gearing up for a second term.

Unfortunately, the media, Hollywood, and far-left radicals won. Combined, they couldn’t take down Trump with “Russia” or “impeachment” nonsense, but they got him when they decided to rig a national election.

Today is a sad day in American history. Trump accomplished so much, only to be shown so little respect.

Here is his farewell address…

Our support for this President continues on. We, my wife and I will be looking forward to the continued effort to bring the power of this government back to the people.