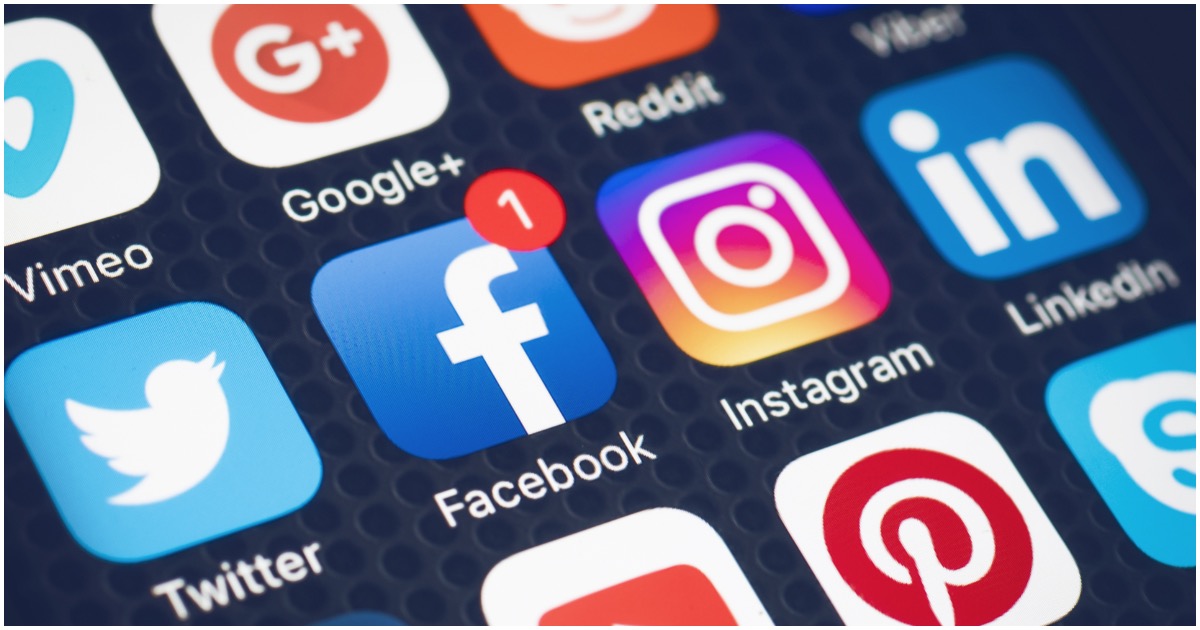 It was just a couple of months ago that representatives of the social media cartels – Facebook, Google/YouTube and Twitter – swore with doe eyes before Congress that they don’t suppress, blacklist or blackball anyone save those who overtly advocate violence or other illegal things.

“Anyone can Tweet” – excluding links to the New York Post stories about Hunter Biden that Twitter and the members of the cartel pogrommed from view –  Twitter CEO Jack Dorsey had the audacity to say.

Mark Zuckerberg of Facebook has made similarly audacious claims. “We try very hard to give people a voice,” he said earlier this year.

Two months hence and we can see how truthful they were in the form of their un-personing of the president of the United States and anyone who dares to defend him – or question the recent election. We can literally see it in the form of screen shots advising the Wrongthinkful that “this video has been removed for violating terms of service” and blank screens and blackouts generally – as just happened most obviously to Parler, which has been pogrommed out of existence via the suspension of its ability to publish.

This is quite something given it was encouraged to publish by the Tech Oligarchs as an alternative to their platforms. Don’t like it here? Well, go found your own outlets, they said. Which is just what Parler did but when that became a threat to their platforms – in the form of people in droves Parlering rather than Tweeting and Facebook Liking – down came the hammer.

Amazon Web Services – controlled by Amazon, which is controlled by Leftist tech billionaire Jeff Bezos – simply pulled the plug on Parler, which made the mistake of contracting with AWS for its web hosting. AWS claims Parler was pogrommed because of user posts that advocated “insurrection” and violence but the real reason was inadequate “moderation” of all posts – including those merely Wrongthinkful – which must be “moderated” (i.e., suppressed) according to Big Tech’s “standards” and “community guidelines.”

These “standards” and “guidelines” are as opaque as they are authoritarian in that the “violation” is almost never specified – except in the vaguest, most general terms – and because there is no appealing an algorithm. Especially when the algorithm’s programming is a Big Tech secret.

No human being can be called or emailed to find out why, exactly, something was “flagged” – that is to say, purged – and there is no recourse but to accept it and understand that they can purge anything they like anytime they like for any reason they like – and there’s nothing little old you can do about it.

The list is as endless as the Left’s grievances and as rancid as its hypocrisy. Just after AWS pogrommed Parler – claiming that AWS is a private company and privately owned companies have every right to not do business with those with whom they disagree – other adjuncts of the cartel, Facebook and Twitter, ululated in outrage when a North Idaho Internet Service Provider (ISP) blocked access to FB and Twitter, citing the same arguments used by Facebook and Twitter (and AWS) to pogrom out of the public space any who dare to disagree.

The ISP – YourT1WIFI – acted in a far less totalitarian manner than the Pogrommers. YourT1WIFI didn’t simply cancel FB or Twitter but instead gave customers the option of being on a “no-block” list that would allow them to access FB and Twitter if they wished to.

Imagine that. The freedom to choose. To decide for oneself what is worth reading and seeing as opposed to being told what you’re allowed to read and see.

YourT1WIFI says it was trying to make this point by doing what it did. “The decision to do so wasn’t of a partisan nature but meant to represent a ‘moral high ground’ of fair and decent communication.”

We can’t have that anymore – but will, if the Left is allowed to become the moderator of “acceptable” speech.

Because the Left will not brook disagreement. Anywhere.

Retired baseball legend Curt Schilling just reported his insurance has been cancelled because of his views. “It was a management decision that was made collectively between underwriting and marketing teams that could not be overturned,” his insurer – AIG – told him.

Schilling says it was because of his Wrongthinkful support of President Trump.  Will you be debarred from banking – and grocery shopping – because you are Wrongthinkful?

The pogromming will not stop with social media – unless it’s stopped by decent people who’ve had enough of economic and social violence being visited upon them by people who posture as defenders of “openness” and “diversity.” Which is only “open” if you’re mind is closed – and as “diverse” as agreeing with everything the Left says you must amen – and never daring to disagree with anything the Left says you must amen and awoman to.

That’s not America – and Americans shouldn’t tolerate it.