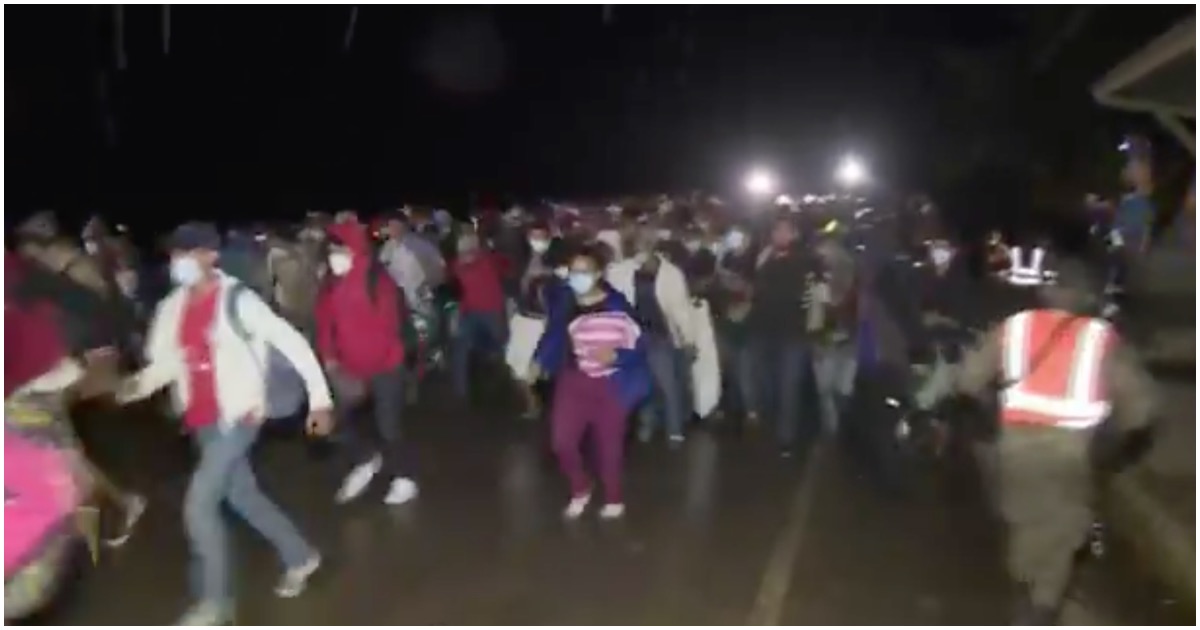 Except this time, the United States doesn’t have a strong, pro-American leader in the White House to stop them. Instead, we’re all stuck with beta male Joe and alpha woman Kamala.

Guatemalan authorities have detained hundreds of Honduran migrants from the caravan including families with young children, though thousands of others were able to breach border security and continue their march northward, Reuters reported.

“We are going to leave the country, to ask for help wherever they receive us,” one migrant told The Associated Press.

Some 6,500 souls are on the move, fleeing poverty and political corruption in the hope of ultimately finding a better life in the United States.

Caravan of at least 3,000 Hondurans is marching to the US-Mexico border in time for Biden to take over as president https://t.co/C1d511anPQ

May I suggest that ALL MIGRANTS should demand that Dementia Basement Joe take them ALL in and provide for their ‘every need’ on HIS DIME!!