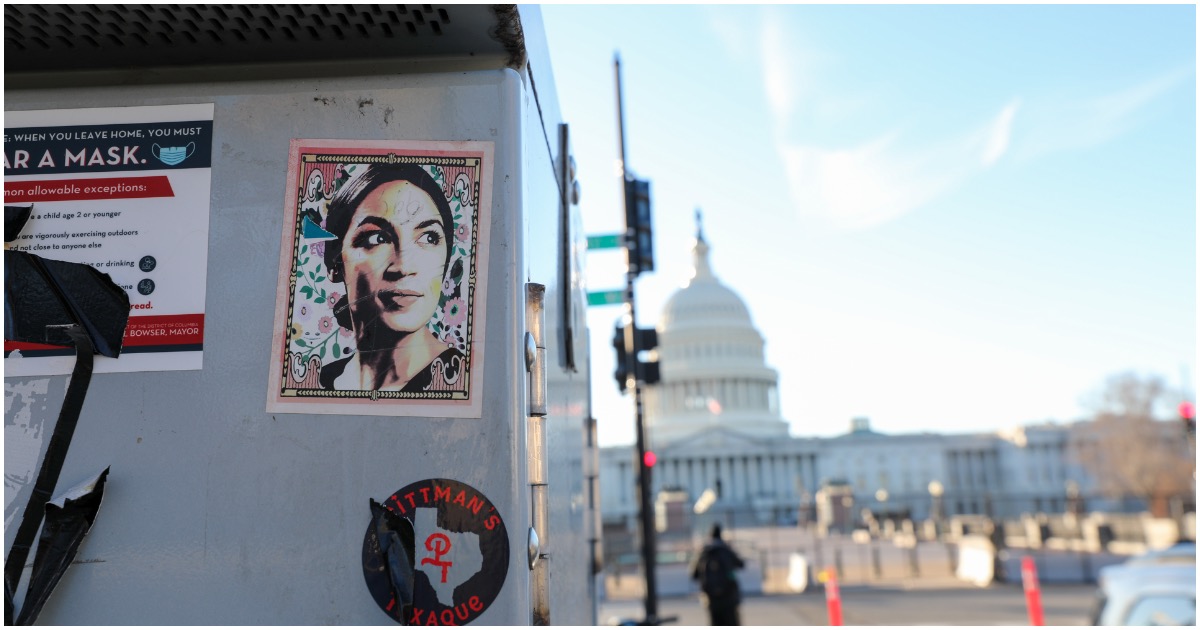 The following article, Ocasio-Cortez Makes It Clear, Says We Need to ‘Rein In’ the Media — Details, was first published on Flag And Cross.

Alexandria O’commie-Cortez must not hear the words that come from her mouth. If she does, she certainly doesn’t care. For her to even imply that the media must be controlled shows how truly ignorant she is.

And what she’s really saying is certain media must be censored so liberals have no competition.

It’s as if this woman wakes up every morning thinking of ways to further destroy the country that has given her everything.

WASHINGTON — Rep. Alexandria Ocasio-Cortez revealed that Congress is looking into creating an investigative commission to “rein in” the media in the wake of the US Capitol siege.

During a lengthy Instagram Live on Tuesday evening where she revealed that she feared for her life during the siege, the “Squad” member accused the mainstream media of “spewing disinformation” ahead of the deadly riot in which five people died.

The attack at the Capitol was a despicable act of terrorism and a shocking assault on our democratic system. We must come together and put this anger and division behind us. We must, and I am confident we will, have a peaceful and orderly transition of power. My full statement: pic.twitter.com/84HHQdpMZd

Sen. Cruz, you must accept responsibility for how your craven, self-serving actions contributed to the deaths of four people yesterday. And how you fundraised off this riot.

Both you and Senator Hawley must resign. If you do not, the Senate should move for your expulsion. https://t.co/O2m6T59LYP

Leading a debate in the Senate on ensuring election integrity is doing our jobs, and it’s in no way responsible for the despicable terrorists who attacked the Capitol yesterday.

And sorry, I ain’t going anywhere. When you and your socialist buddies… https://t.co/UoKBOC8ZU7

I will fight that every step & stand with the People.

Here are a few other tweets from the ignorant commie…

What if activists aren’t PR firms for politicians & their demands are bc police budgets are exploding, community resources are shrinking to bankroll it, & ppl brought this up for ages but it wasn’t until they said “defund” that comfortable people started paying attn to brutality

The thing that critics of activists don’t get is that they tried playing the “polite language” policy game and all it did was make them easier to ignore.

It wasn’t until they made folks uncomfortable that there was traction to do ANYTHING even if it wasn’t their full demands.

The whole point of protesting is to make ppl uncomfortable.

To folks who complain protest demands make others uncomfortable… that’s the point.

Continue reading: Ocasio-Cortez Makes It Clear, Says We Need to ‘Rein In’ the Media — Details ...