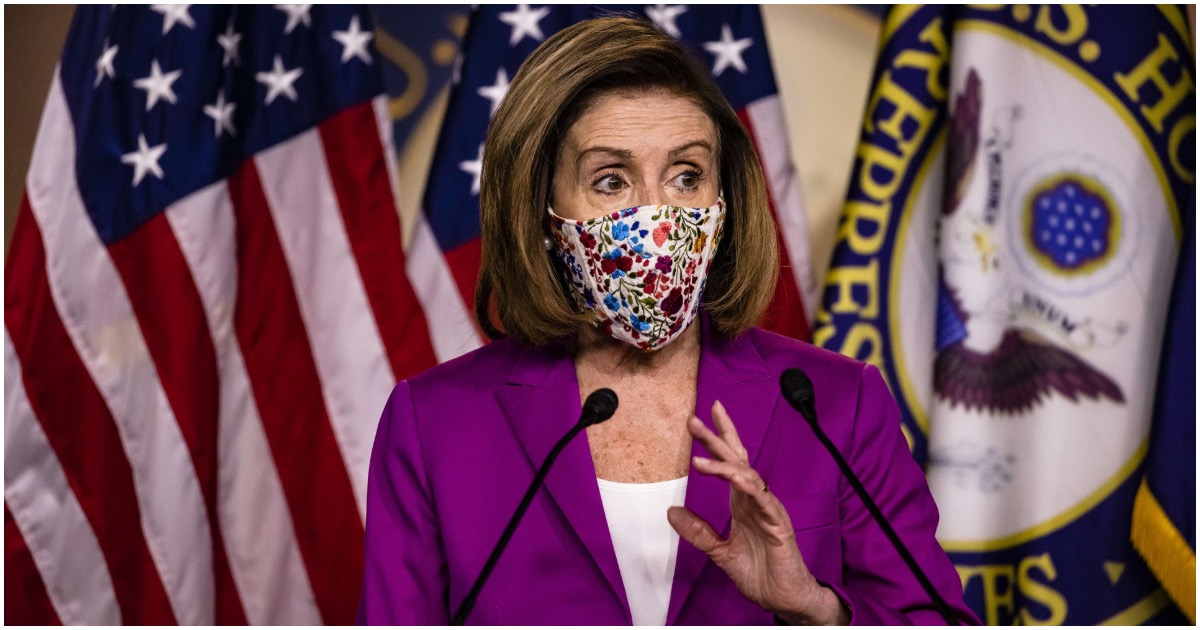 The following article, Dems Looking Into $500 Fines for House Members Who Don’t Wear Mask on the Floor, was first published on Flag And Cross.

This will be a test run. If Democrats start fining Republican members of Congress for not wearing a mask, they will come after you and me next.

House Democrats have proposed a new rule, demanding that members of Congress wear a mask while on the House floor or pay a $500 fine.

The rule comes following complaints from three Democrats — Reps. Bonnie Coleman, (D-NJ), Brad Schneider, (D-IL), and Pramila Jayapal, (D-WA) — who claim they contracted COVID-19 while sheltering in place with Republican lawmakers during the January 6th attack on the United States Capitol. All three say they were forced to share space with members of the GOP who refused to wear masks.

Reps. Debbie Dingell (D-Mich.) and Anthony Brown (D-Md.) proposed legislation that would fine members of Congress $1,000 per day for declining to wear a mask on Capitol grounds.

Biden has already said that he plans to “ask” Americans to wear a mask for 100 days, starting after his inauguration.

That would stretch through April.

Anybody think it will end then?

Continue reading: Dems Looking Into $500 Fines for House Members Who Don’t Wear Mask on the Floor ...