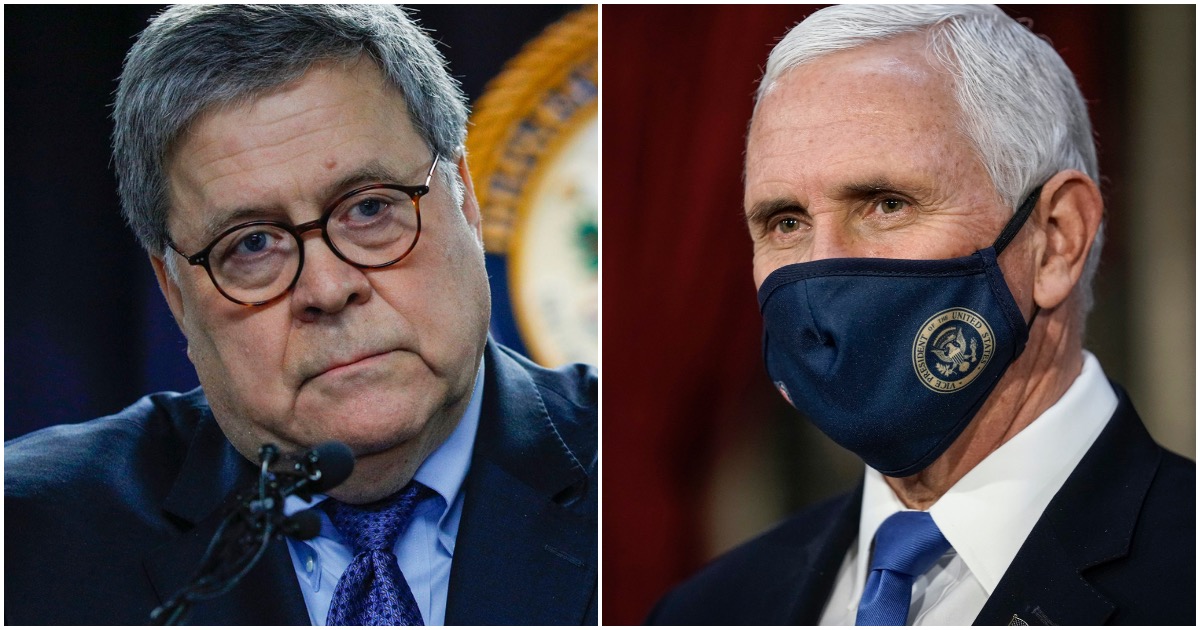 The gloves are off. Now that Donald Trump has officially conceded the 2020 presidential election, seemingly every person in his administration is jumping ship as quickly as possible.

It isn’t a secret that ex-Trump administration officials have blasted POTUS once they left their posts, but now the badmouthing is reaching the highest levels.

Though Vice President Mike Pence declined to intervene during the Electoral College vote as president of the Senate, he hasn’t said anything negative about Trump. Trump, however, recently said Pence lacked “courage” to fight election fraud.

On Thursday evening it was reported that the VP plans to attend the inauguration of Joe Biden. This would be the move of a typical politician, one who could apparently care less that he was booted from his post after one-term thanks to widespread fraud.

Three sources close to the vice president said his appearance at the Jan. 20 inauguration was “likely,” according to Politico.

And here’s the deal with former Attorney General Bill Barr…

Barr, who resigned from Trump’s cabinet just before Christmas last year, slammed the president over his handling of a riot that broke out in the Capitol on Wednesday after pro-Trump rioters stormed the building. Four people died during the riot, including one woman who was shot by police inside the halls of Congress.

Even former SecDef James Mattis resoundingly slammed POTUS. He said, “Today’s violent assault on our Capitol, an effort to subjugate American democracy by mob rule, was fomented by Mr. Trump. His use of the Presidency to destroy trust in our election and to poison our respect for fellow citizens has been enabled by pseudo-political leaders whose names will live in infamy as profiles in cowardice.”

Trump may have admitted he was partially responsible, which seems a little crazy.

NEWS: McCarthy tells Republicans on a call just now that Trump told him he does bear some responsibility for the Capitol riots, per source.

Why don’t we ask Pelosi, Harris, Biden, Schumer who started the violence? I’m sure they know!

barr sure turned into a big fat nothing. And then being fired came up with his ‘sour grapes’.