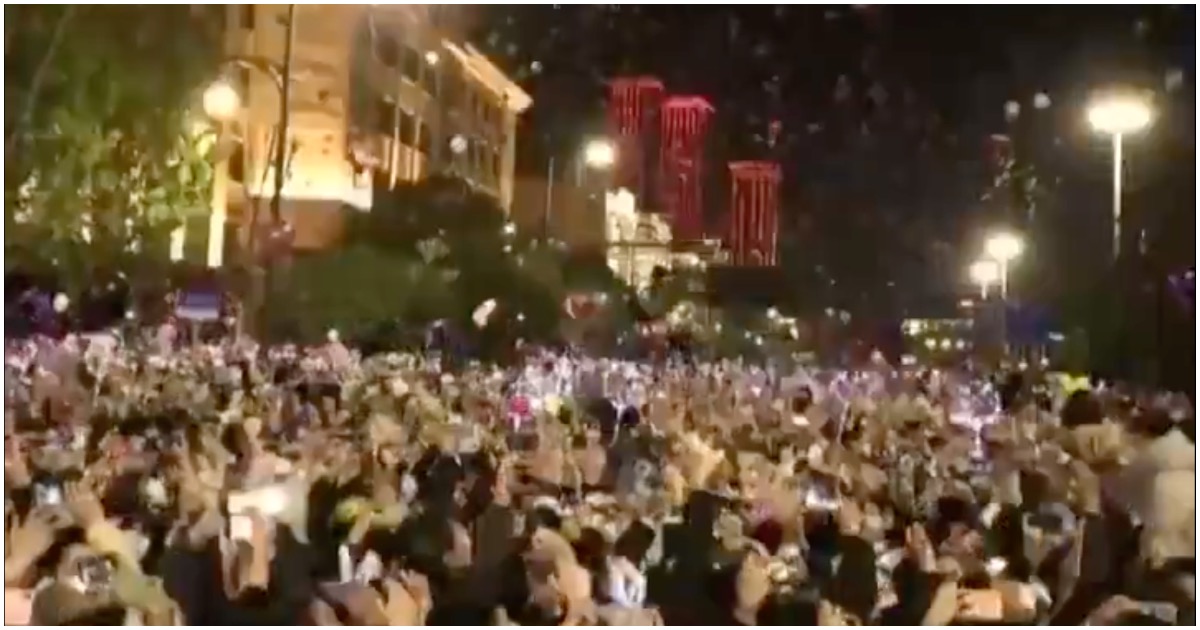 They got us didn’t they? Both the communist Chinese and the far-left radicals here at home. They wanted the economy to crash to get Trump out of office. They knew they needed a crisis of pandemic proportions to succeed.

And they got us.

While Americans stayed home on New Year’s Eve, thousands of Wuhan residents celebrated in the streets. In case you live under a rock, the virus originated in Wuhan.

Meanwhile, in NYC, commie Bill de Blasio has the city to himself…

How has Wuhan achieved this without a vaccine? Anyone? https://t.co/qrrhXdWYEE

What kind of message does this send to the world pic.twitter.com/gSzXZbNoSb

One of these photos show how Wuhan, China celebrated New Year’s Eve.

Can you tell which one is a Communist Country?