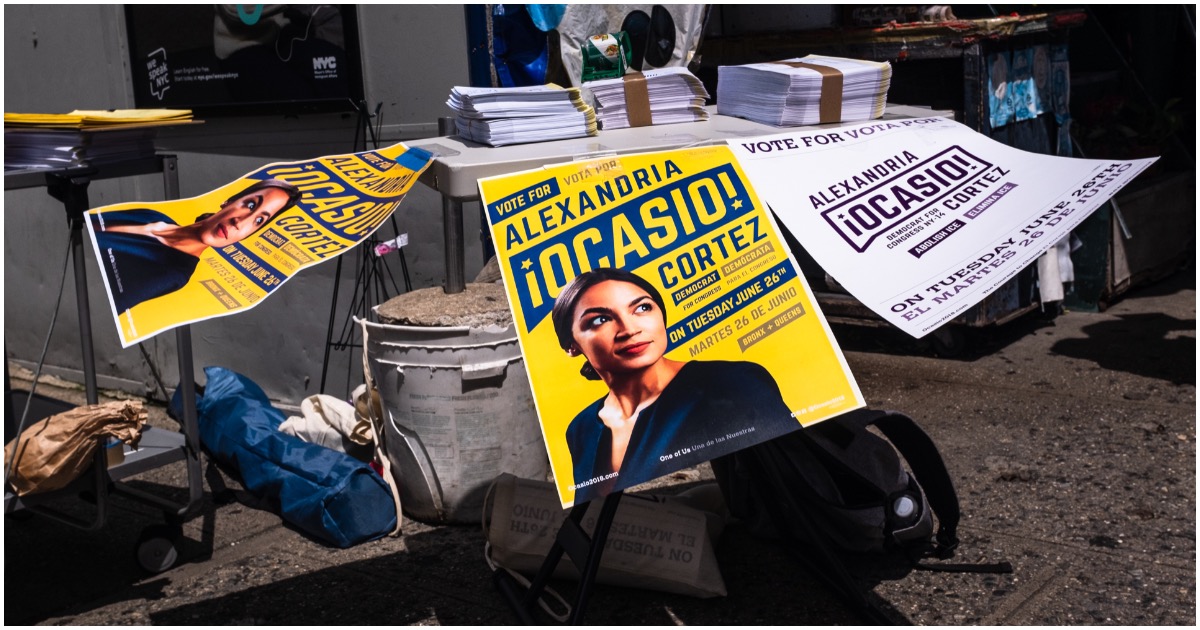 The following article, AOC: Nearly ‘Half of the House’ of Representatives Was Close to Death During Capitol Riot, was first published on Flag And Cross.

Even though it was the rioters who were injured and/or killed, radically far-left Rep. Ocasio-Cortez believes “half” of her peers nearly died on January 6.

In response to the breach the United States Capitol on Wednesday, democratic-socialist Rep. Alexandria Ocasio-Cortez (D-NY), who condoned violent left-wing rioting over the summer, said Sunday that President Donald Trump should be removed from office with a “complete barring” from ever being allowed to run for office again.

On ABC News, Rep. Ocasio-Cortez said Trump is a “clear and present danger” to Congress, and to the U.S. more broadly.

She blabbered, “We came close to half of the House nearly dying on Wednesday. And if … another head of state came in and ordered an attack on the United States Congress, would we say that that should not be prosecuted? Would we say that there should be absolutely no response to that? No.”

Check out the incredibly clueless Socialist thinking she knows what she’s talking about when it comes to food stamps. Clearly, she has no idea what is going on.

Continue reading: AOC: Nearly ‘Half of the House’ of Representatives Was Close to Death During Capitol Riot ...

I wish I could say it’s hard to believe something like this could ever be elected to any political office, let alone be re-elected. As blatantly ignorant as AOC really there are others far worse. Few can beat Rep. Hank Johnson ( Dem. Georgia) who once told an American Admiral that the island of Guam would top over if we put to many troops on one end of the island. This fact of it has shows the level many voters have been pulled into by Hollyweird, the media and our entire educational system. We have been seeing the results of… Read more »

AOC should go to Hollywood an try for an academy award. The security around the capital is so secure that nobody could get a scratch. The people that were in the capital were let in for the photo op and were not there to harm anyone… The drama queen had to get her name in the fake news…….

It was all a set up to make the patriots (MAGA) look bad. Anyone with a pair of eyes could see that the antifa and blm rioters were the ones that were let into the capital building for the photo op.

Bugs Bunny said it best. What a maroon.

It doesn’t take much to impress Miss AOC, does it??? Bless her heart, she is still wet behind the ears!!! She really does need to grow up is she wants to seriously be in politics!!! she has so much to learn!!!