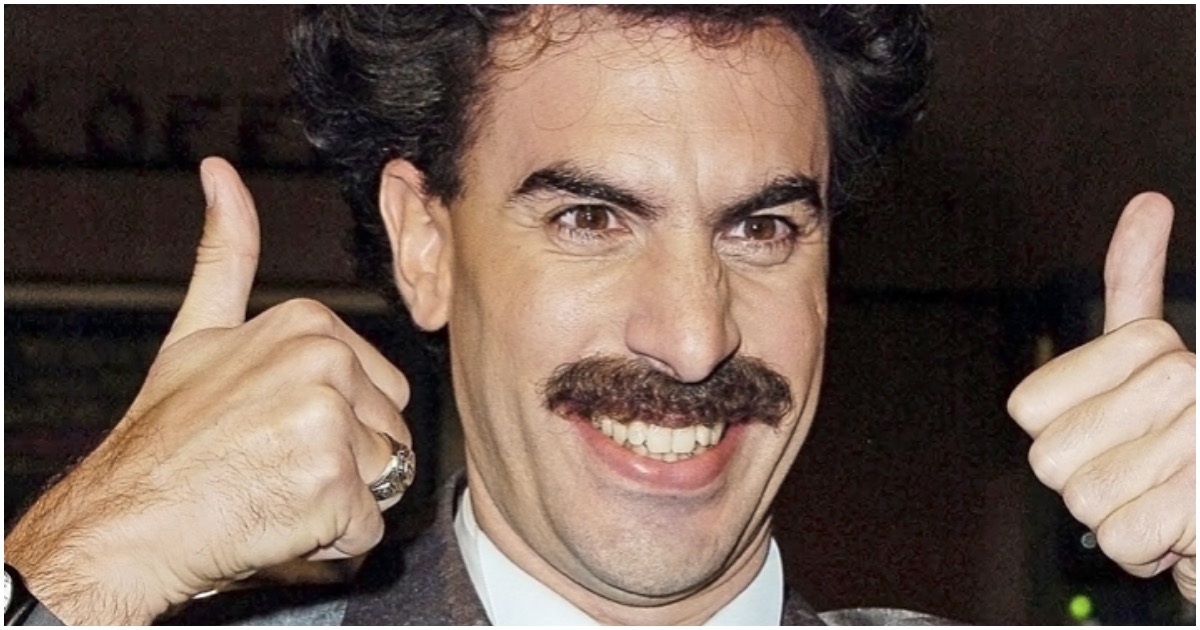 The following article, ‘Borat’ Star Says Banning Trump Is ‘Most Important Moment’ In Social Media History, was first published on Flag And Cross.

Sascha Baron Cohen is a comedian. The friggin’ guy made millions living out his dream by being politically incorrect, making fun of every race and creed under the sun.

For him to even imply that it’s okay for anybody to be banned for speaking their mind (let alone the most powerful man in the world), really shows how ignorant the left is.

Borat star Sacha Baron Cohen — who is Hollywood’s most outspoken pro-censorship activist — has declared that Twitter and Facebook’s recent decisions to ban President Donald Trump for their platforms as “the most important moment in the history of social media.”

The British actor also claimed that “the whole world” is thanking the employees of the two Silicon Valley giants who “fought for this.”

This is the most important moment in the history of social media.

The world’s largest platforms have banned the world's biggest purveyor of lies, conspiracies and hate.

To every Facebook and Twitter employee, user and advocate who fought for this–the entire world thanks you! pic.twitter.com/jihFaOA39G

How does this guy expect to keep making people laugh now that we know he’s a leftist? Punchlines just hit differently.

Like every other male who votes Democrat, Cohen is a beta male.

Destroyed from within! That will be the final words on the obit of America.