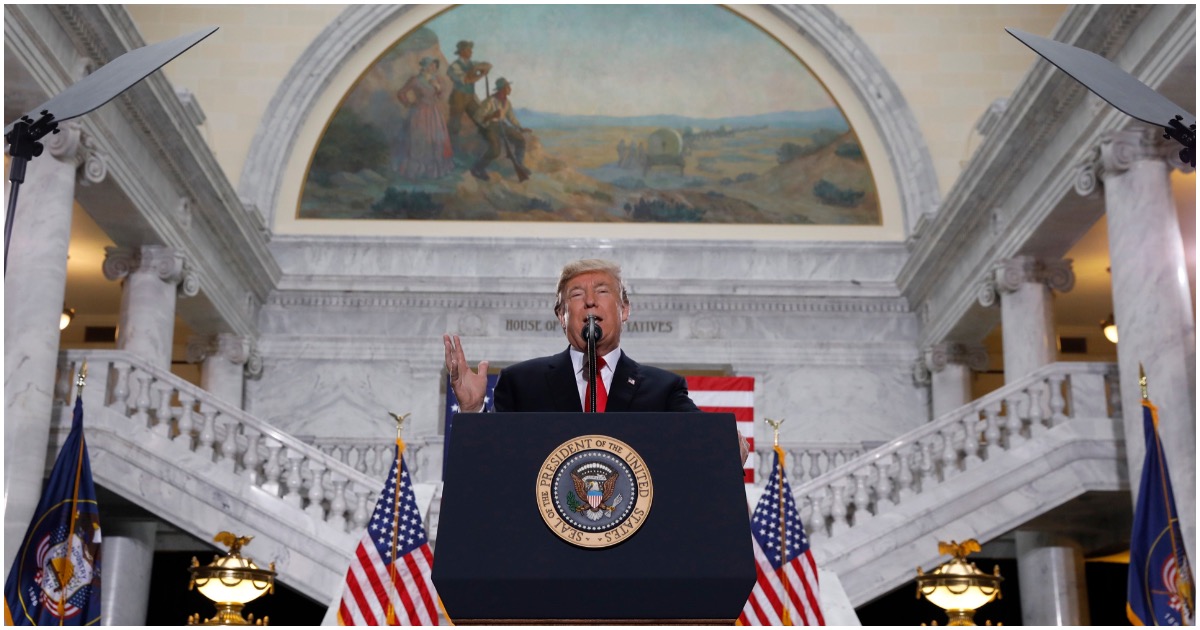 The following article, Trump Teases ‘Big Announcement Soon’ — Also May Start His Own Social Media Platform, was first published on Flag And Cross.

Not long after the billionaire made the switch, the Google Play store removed Parler. Meaning, it can’t be downloaded to android phones anymore.

“As I have been saying for a long time, Twitter has gone further and further in banning free speech, and tonight, Twitter employees have coordinated with the Democrats and the Radical Left in removing my account from their platform, to silence me — and YOU, the 75,000,000 great patriots who voted for me. Twitter may be a private company, but without the government’s gift of Section 230 they would not exist for long. I predicted this would happen. We have been negotiating with various other sites, and will have a big announcement soon, while we also look at the possibilities of building out our own platform in the near future.”

He then added the following…

“We will not be SILENCED! Twitter is not about FREE SPEECH. They are all about promoting a Radical Left platform where some of the most vicious people in the world are allowed to speak freely. STAY TUNED!”

After Trump posted both of those tweets, Twitter deleted them almost instantly.

The president tweeted this from the @POTUS account but the tweets have already been taken down by Twitter. pic.twitter.com/pRqpFw8hYY

Another resoundingly sad day for the country.

Bring the social site on. I have closed my twitter/facebook accounts and ready to join another group to keep the Trump train on track.