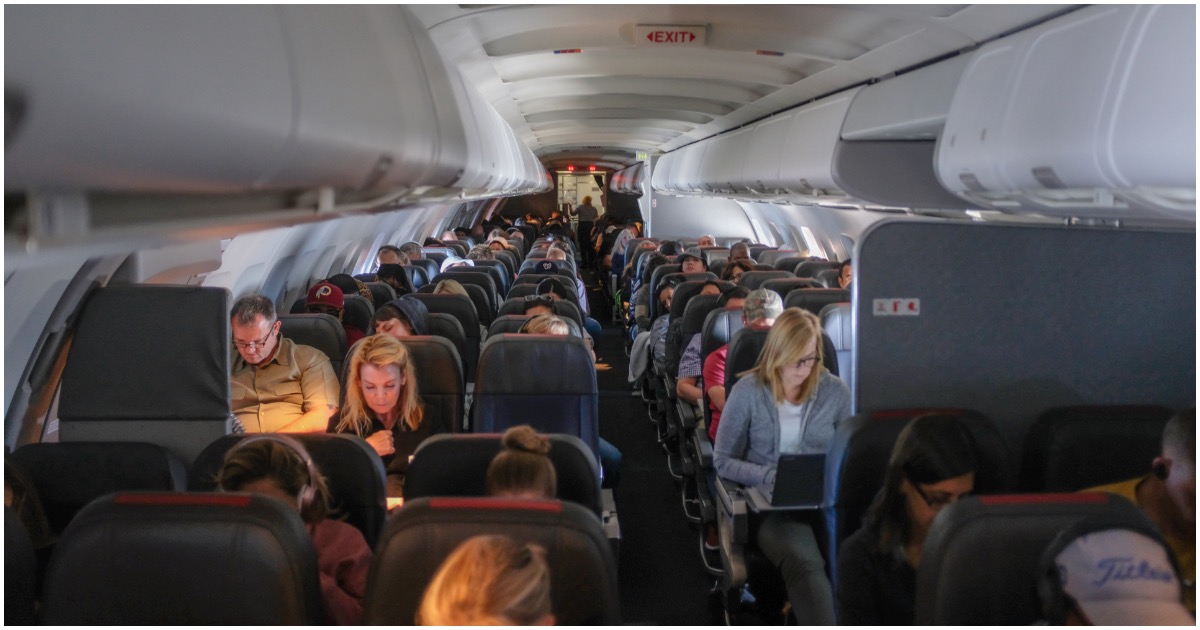 The following article, American Airlines Pilot Threatens to ‘Dump’ Passengers If They Don’t Stop ‘USA’ Chant, was first published on Flag And Cross.

We will soon be living in Joe Biden’s America. That’s a scary thought. Democrats will control the House and Senate, as well, come January 20. We’re all screwed.

A fedup American Airlines pilot threatened to “dump” a plane filled with “USA” chanting President Trump supporters in Kansas if they didn’t “behave” during a flight out of Washington D.C. Friday, video shows.

“I’ll put this plane down in the middle of Kansas and dump people off, I don’t care,” the pilot can be heard saying over the loudspeaker in a video posted to Twitter.

Moments prior, passengers, many of them wearing MAGA hats, were shouting “USA” over and over again on the Phoenix-bound flight, according to another clip tweeted by Mindy Robinson, who unsuccessfully ran for congress in Nevada’s 3rd district last summer.

This is how an airline pilot from DC to Phoenix just responded to a plane full of Patriots chanting USA. If you don’t think they’re after our freedoms, you’re fooling yourself. pic.twitter.com/tjueCcz6Px

Hated for being patriots. Welcome to Biden’s America.