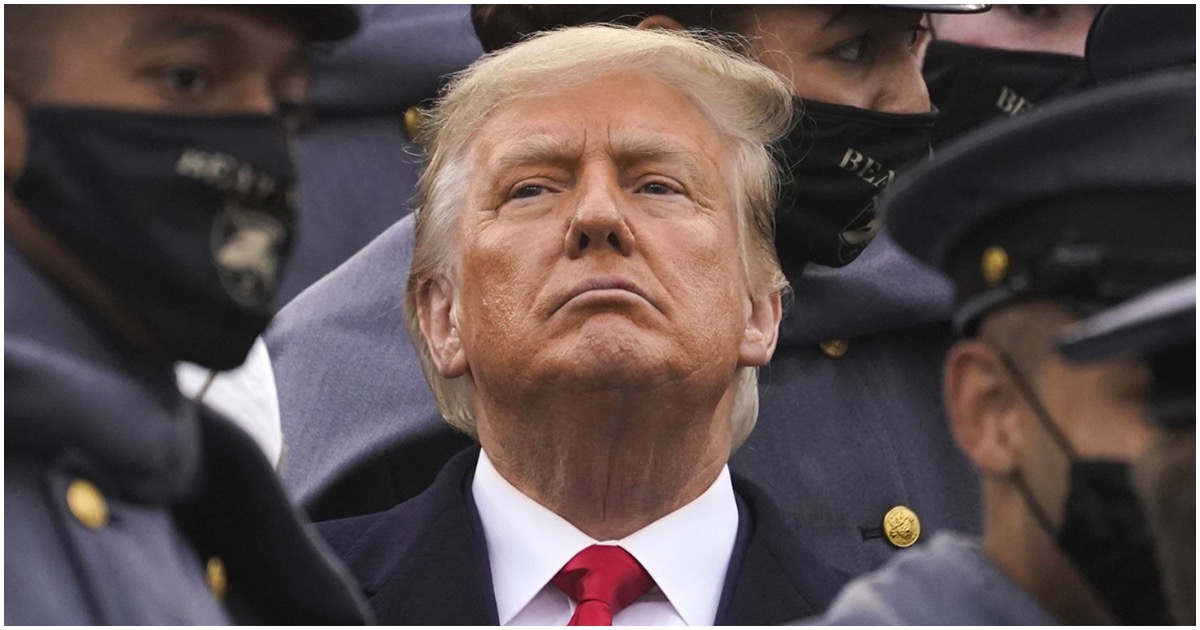 It’s all over, folks. Donald Trump is a one-term president. There’s nothing else to do. Not now. The clock has run out. America will now have to suffer through four years of Biden/Harris and a Democrat-controlled Congress.

There will be bad times ahead. Taxes will rise. Illegal immigration will go entirely unchecked. Food stamp rolls will spike and “defund the police” will become the norm.

And, just for the heck of it, it appears that more than a few members of the president’s cabinet are looking to kick him out of town a few days early.

Multiple reports surfaced late on Wednesday evening stating that members of President Donald Trump’s cabinet have reportedly started discussing the possibility of using the 25th Amendment to remove the president from office following the violence that broke out today in Washington, D.C., after a rally that the president held ahead of the Electoral College certification.

Both CBS News and ABC News reported that the cabinet secretaries had started talking about the idea, although no plan had yet been formally presented to Vice President Mike Pence.

JUST IN: “This is not news we deliver lightly,” @margbrennan says as she reports: Trump Cabinet secretaries are discussing invoking the 25th Amendment to remove President Trump. Nothing formal yet presented to VP Pence.

“I’m talking about actual members of the Cabinet,” she says

ABC News has learned there have been conversations among some Trump cabinet members of invoking the 25th Amendment. @Santucci @KFaulders

Many more resignations potentially to come, as aides and R’s try to distance themselves from today.

No matter how the Biden/Harris presidency ends, America got the government it deserved.

All deep state traitors that Trump is purposely bring to light. Resignation are all about looking at for themselves alone instead of fighting for America

People more worried about their political careers than doing the right thing. Why didn’t the D.C. mayor have more police to watch the crowds? Trump never asked for people to storm the WH. He will be gone on January 20th and the thugs will assume office. We all know this incoming presidency was stolen. No one would listen to or investigate all the many signed affidavits. The democrats in PA illegally changed their voter laws. A niece of my ex-husband looked up her father who died in 1997 and found he had voted!!! He was a military man and a… Read more »

It was all a set up. Antifa was brought in under escort to breach the Capitol and put the blame on Trump supporters. The DC police were complicit. They just opened the barriers and said, come on in!

The disloyal rats are jumping ship. They fear they will be voted out of office if they remain loyal. I think they should be voted out anyway.

LMAO….it doesn’t fit, and there isn’t enough time left for it anyway. Most of you fuckers don’t know that!

What the hell are you talking about? What doesn’t fit?

What are they, in Congress afraid of? What is the rush to get Trump out of the White House?

Appears that President Trump’s ‘failure’ was to bring aboard many anti-American political hacks that must have been pretending to be conservatives.