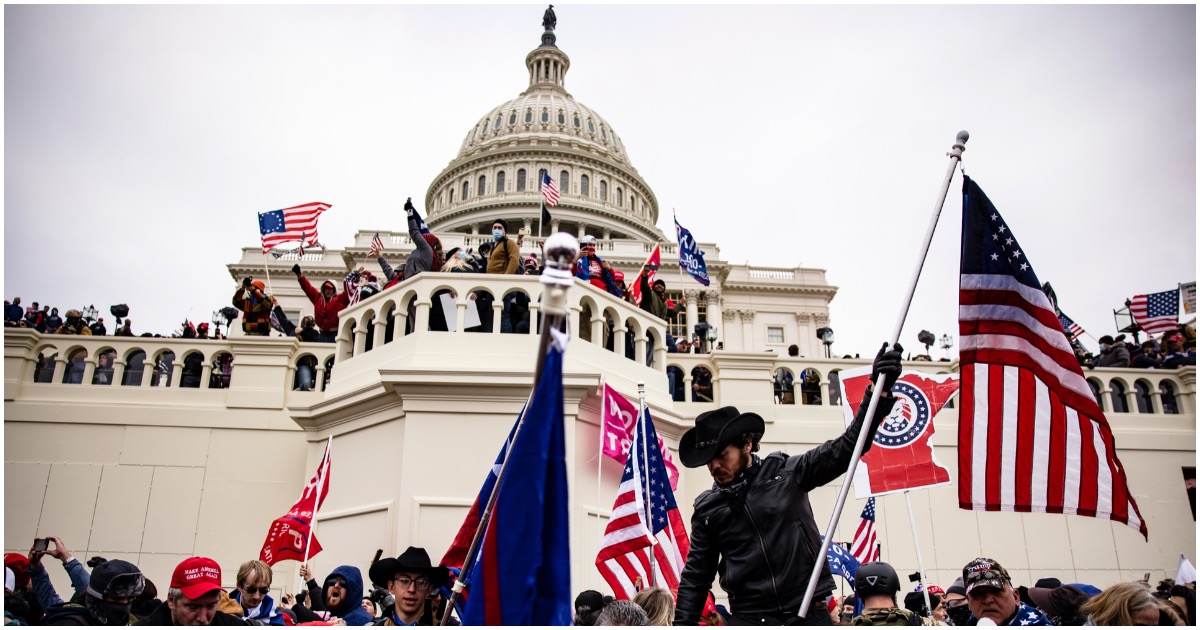 The following article, Confirmed: Multiple Known Antifa Members Posed As Pro-Trump to Incite Riot At Capitol, was first published on Flag And Cross.

There were certainly a lot of Trump supporters who acted like complete imbeciles during the riot at the Capitol building on January 6. But they weren’t alone.

The thing to remember (aside from violence of all kinds being wrong), is how the media literally supports liberals rioting and looting – but they hate it when conservatives are involved (which is literally next to never).

At least two known Antifa members were spotted among the throngs of pro-Trump protesters at the Capitol on Wednesday, a law enforcement source told The Post.

The infiltrators were recognized due to their participation in New York City demonstrations, and were believed to have joined in the rioting so that Trump would get blamed, the source said.

1. What happened yesterday was absolutely horrifying and disgusting.
2. See above.
3. See above.
4. The attempt to blame all conservatives or Trump voters for the actions of those they have consistently and overtly condemned is politically-motivated, deliberately divisive drivel.

5. The solution here isn’t going to be Twitter or Facebook crackdowns. It’s a renewal of a sense of civic solidarity and social fabric-building we have long abandoned.

6. The double standard with regard to rioting in the media (it’s good when it’s BLM, it’s bad when it’s Trump supporters) is egregious. And vice versa for those who engage in whataboutism.

NEW: Rappers Lil Wayne and Kodak Black are among those on Trump's compiled list of people he may pardon before he leaves office – Bloomberg

In light of what has transpired in the last two days at the Capitol and the diatribe coming from both Democrats and Republicans in Congress towards President Trump has revealed just what sort of government the American people are going to have. I can guarantee it won’t be anything like what we had in the last 4 years with President Trump who brought America back to being a great Nation.

We are all in for some very radical changes under a Biden/Harris regime so, hold on tight because it is going to a rough ride downhill.

It’s alarming to you people when a conservative reacts to your bull chit huh?

Had a strong suspicion that there were some Trump-hating dems within & leading the DC riot.

Trump is so well liked by the people that even the Antifa terrorist want to join MAGA.

Just think about this scenario. A huge inugeration party. BLM, ANTIFA, and the Trump supporters come to the event. What would be the outcome of the protest? Then we the people will see how Illigitimate Biden will handle the situation on the very first day. Of course, he would have to blame Trump. More people would attend this on the protest side then people attending the inaugeration day.