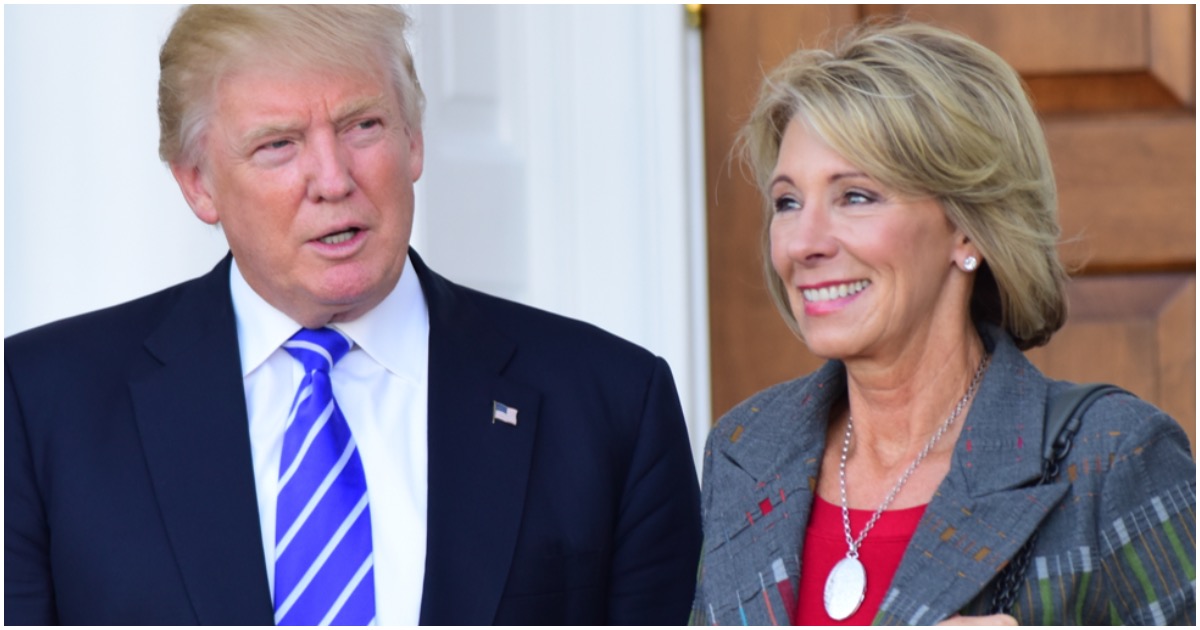 Everybody seems to be turning on President Trump. Everybody except for the nearly 80 million proud Americans who voted for him, really. After all the great things accomplished by the 45th president, Democrats finally found a way to kick him out of office by rigging a nationwide election.

Education Secretary Betsy DeVos should be ashamed of herself for blaming the Capitol riot on POTUS. At this point, she’s no better than the jokers in the media with that kind of nonsensical talk.

DeVos’s letter said, in part, “We should be highlighting and celebrating your Administration’s many accomplishments on behalf of the American people. Instead, we are left to clean up the mess caused by violent protestors overrunning the U.S. Capitol in an attempt to undermine the people’s business. That behavior was unconscionable for our country. There is no mistaking the impact your rhetoric had on the situation, and it is the inflection point for me.”

She added, “Impressionable children are watching all of this, and they are learning from us. I believe we each have a moral obligation to exercise good judgement and model the behavior we hope they emulate. They must know from us that America is greater than what transpired yesterday. To that end, today I resign from my position, effective Friday, January 8, in support of the oath I took to our Constitution, our people, and our freedoms.”

Aw, betsy, it was the antifa criminals from the dem political party infiltrating & causing the actual riot at the capitol building, President Trump had nothing to do with it. Amazing how weak some of these agency heads have turned out to be.

How did she ever become Education Secretary? Anyone else notice her misspelled word?