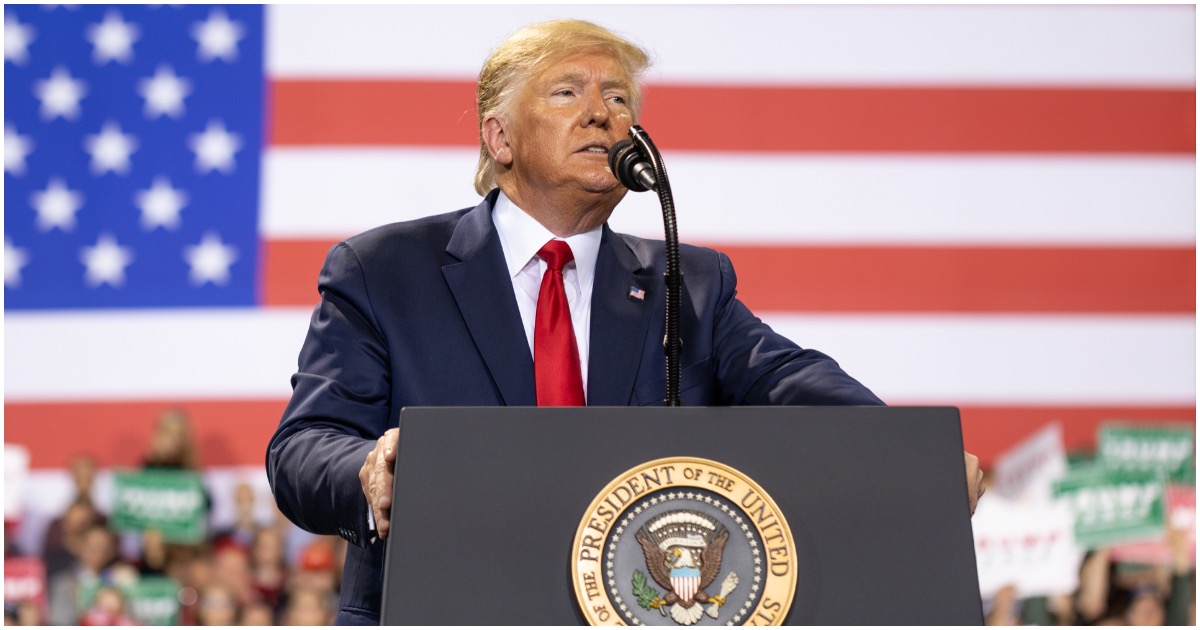 The following article, Trump In Georgia: ‘Watch What’s Going to Happen Over the Next Couple of Weeks’ (Video), was first published on Flag And Cross.

The most powerful man in the world flew down to Dalton, Georgia on Monday evening to campaign for GOP Senators David Perdue and Kelly Loeffler. In case you forgot, control of the Senate comes down to how the Peach State votes on Tuesday.

As one might expect, President Trump hit the Left hard for stealing his November victory. He also said he’ll head back to Georgia in a year and a half to campaign against the state’s GOP governor and Secretary of State.

But don’t fret. He says there’s still plenty of fighting to do before Inauguration Day.

“We have to go. We have to go all the way. You watch what happens over the next couple of weeks…..They’re not taking this White House. We’re going to fight like hell.”

.@realDonaldTrump: "We have to go. We have to go all the way. You watch what happens over the next couple of weeks…..They're not taking this White House. We're going to fight like hell."

Trump is not going to stop after the electoral votes are certified on Wednesday. pic.twitter.com/lXs7Y0nXY2

"I'll be here in about a year and a half campaigning against your Governor I guarantee you that!"

TALK ABOUT AN ENTRANCE

Georgia rally crowd breaks out with “Fight For Trump” chant. @POTUS says “When you win in a landslide and they steal it and it’s rigged it’s not acceptable.”

President @realDonaldTrump: Tomorrow, each of you is going to vote in one of the most important runoff elections in American history for @KLoeffler and @PerdueSenate! pic.twitter.com/vfJMioaJUd

— WATCH: President Trump begins the Georgia rally with “Hello everyone. By the way, there is no way we lost Georgia. That was a rigged election.”

President @realDonaldTrump in #Georgia: You have to VOTE tomorrow so that liberal Democrats don’t take the Senate pic.twitter.com/0QuHMQtc1z

"I hope Mike Pence comes through for us" — President Trump#GeorgiaRally

Continue reading: Trump In Georgia: ‘Watch What’s Going to Happen Over the Next Couple of Weeks’ (Video) ...