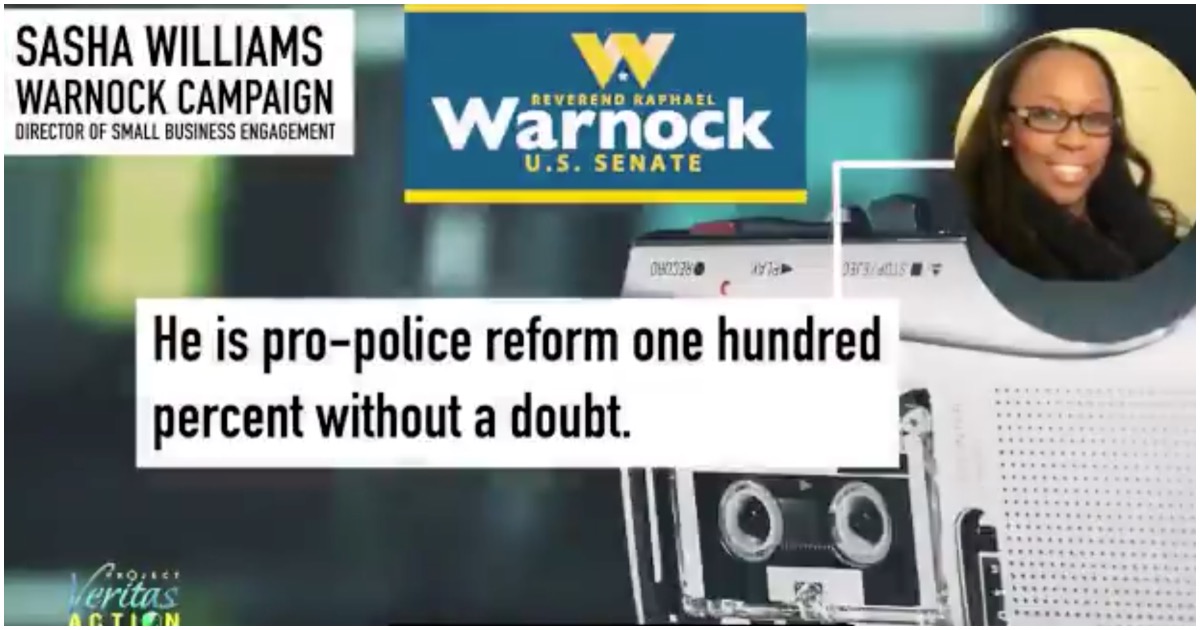 Once again, Project Veritas is doing the work the mainstream media simply refuses to do. Led by James O’Keefe, the outlet gets to the bottom of the truth by actually performing investigative journalism.

What a concept, huh?

Too bad that reporters these days are all about giving their opinion over the facts.

Check out what one of Georgia Senate candidate Raphael Warnock’s campaign workers said, “So he avoids using ‘defunding the police’. Because he knows that the Republicans are going to try and grab onto it and attack. But in reality his whole platform with police reform is along the lines of the same people who are saying ‘defund the police’. Just not using the same rhetoric, ya know.”

Defunding the police is the move? @ReverendWarnock pic.twitter.com/MwC6xhm5JW

More on Warnock from Fox News:

The liberal New York Times ran features on Democratic Georgia Senate candidate Raphael Warnock and Republican Sen. David Perdue, but one has been called a “puff piece” while the other was labeled a “hit piece” by the partisan newspaper.

The Times praised Warnock with a glowing piece published Saturday headlined, “Raphael Warnock, From the Pulpit to Politics, Doesn’t Shy From ‘Uncomfortable’ Truths.”

The feature praised Warnock, only mentioning his skeletons in that “Republicans have tried to paint him as a dangerous radical,” a past arrest for which charges were dropped, and an “incident” with his ex-wife last year. It did not mention accusations of child abuse at a camp Warnock ran or that his ex-wife tearfully called him a “great actor” during the latter incident, where she accused him of running over her foot with his car.

Let’s hope there’s zero fraud on Tuesday. That shouldn’t be too much to ask.

Those dems wanting to eliminate the police sure are stupid. Do they not know that the police are actually the only protection they have? No police, and then vigilantes take over and doubtful that they will treat those dems as well as the police officer now do.