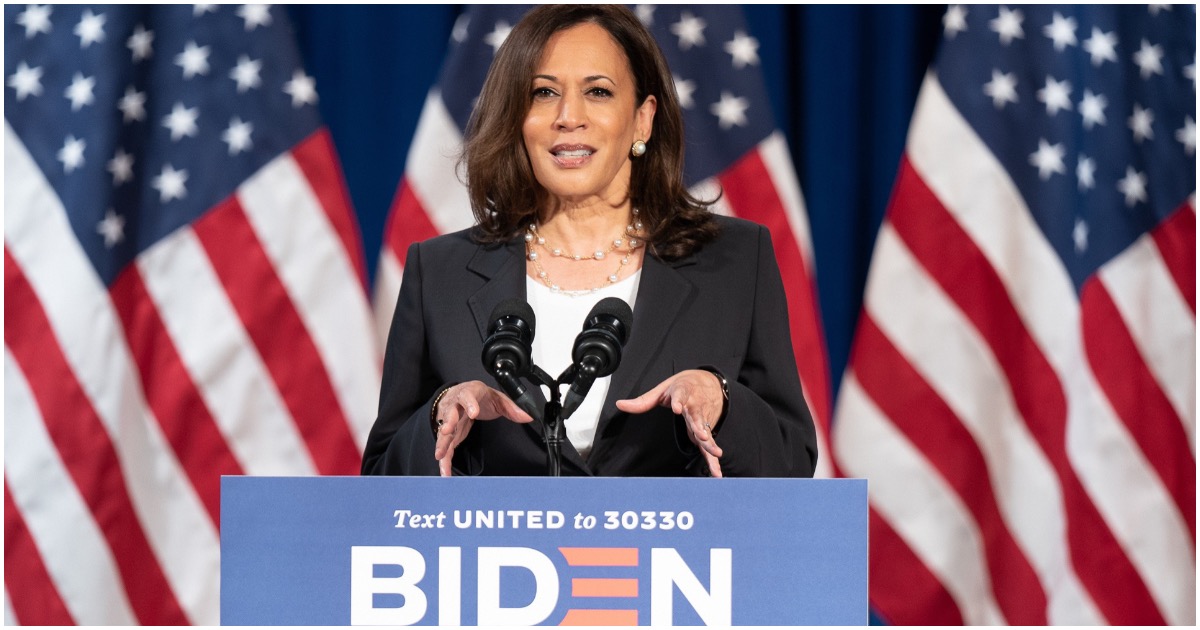 The following article, Kamala Appears to Have Plagiarized Story About Her Demanding Freedom As A Toddler, was first published on Flag And Cross.

If Joe Biden is sworn-in as president on January 20, will it be long before VP Kamala Harris takes over? Can anyone really see Joe doing anything other than being a figurehead, of sorts?

While the media will fawn over a black female VP, they’d go berserk for a black female president. And if that happens, they’ll overlook every single lie she ever told (and the fact that she slept her way to power).

Evidence emerged Monday on Twitter that a story Sen. Kamala Harris (D-CA) told Elle magazine in October about demanding civil rights from the time she was in a stroller was seemingly lifted from a similar story that Martin Luther King Jr. gave to Playboy in 1965.

“Senator Kamala Harris started her life’s work young,” Elle’s glowing profile began. “She laughs from her gut, the way you would with family, as she remembers being wheeled through an Oakland, California, civil rights march in a stroller with no straps with her parents and her uncle. At some point, she fell from the stroller (few safety regulations existed for children’s equipment back then), and the adults, caught up in the rapture of protest, just kept on marching. By the time they noticed little Kamala was gone and doubled back, she was understandably upset. ‘My mother tells the story about how I’m fussing’ Harris says, ‘and she’s like, ‘Baby, what do you want? What do you need?’ And I just looked at her and I said, ‘Fweedom.””

Annnndddd here’s where she got her story from…

So it turns out Kamala Harris lifted her "Fweedom" story from a 1965 Playboy interview with Martin Luther King, by Alex Haley. Much thanks to @EngelsFreddie for spotting the similarityhttps://t.co/zDONW4Ueqs pic.twitter.com/yQuWZHYEMz

Someone’s pantsuit is on fire.

Continue reading: Kamala Appears to Have Plagiarized Story About Her Demanding Freedom As A Toddler ...

Looks like Kamala and Cheating Joe will get along fine with their plagurism.

Typical dem choice to be in control of the world, another empty suit. Old camala couldn’t generate any interest among the dem voters in their primary so the dem controllers put her behind old china joe, get the whitehouse thru massive fraud, and as soon as joe is placed in a rubber room, they then have the communist they actually preferred. So, what’s next, severe socialism until the dems run out of other people’s money, then the next Venezuela, full blown communism, or both..