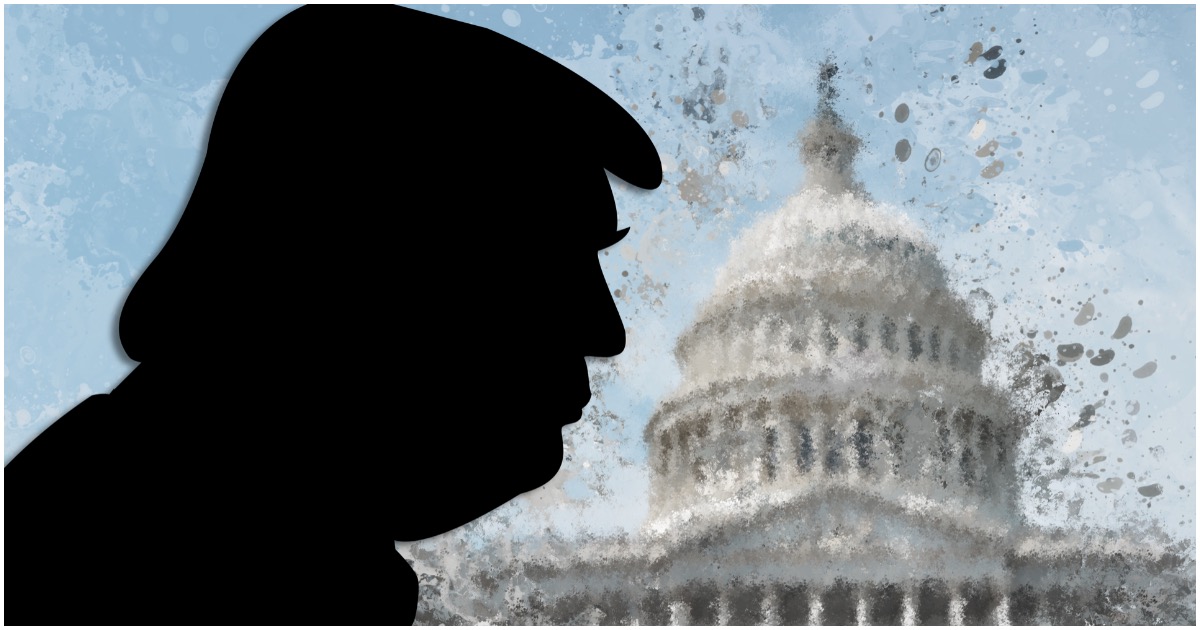 The following article, DAVIDSON: To Republicans In Congress, The Fight Is Not Over, was first published on Flag And Cross.

In doing so, Brooks sent a clear signal that he and his colleagues haven’t not been swayed by the narrative perpetrated by the Leftist media machine, the DNC, big tech (particularly Twitter, Google, and Facebook), Hollywood, and the TV pundits. These outlets and institutions claim that little was wrong with the November 3rd election. More than 140 members of Congress disagree. Sen. Josh Hawley of Missouri is going to raise alarms, and 11 other GOP senators will protest as well on January 6th.

If one paid attention only to libstream sources, you would conclude that anyone who voted for Donald Trump and believes that there was massive fraud is insane. Indeed, the significant percentage of Democrats who believe massive election fraud occurred are looked upon with disgust by other Democrats. This is typical: the Left shows no tolerance for everyone who strays from their pre-approved narratives.

What could be driving these House colleagues? Could it be the 2,500 witnesses who offered sworn affidavits, admissible in court, and under the penalty of perjury? In detail, these witnesses described exactly what they saw, and, if they were lying, they could go to prison. Some witnessed massive fraud – on the order that would flip their state’s votes counts. Many of the people who showed their faces and testified at open hearings were aware of how violent and vicious the Left is, and how swiftly they can act.

Hundreds of thousands of ballots manipulated, delivered late at night, in uniform condition, with no observers in place is the tip of the iceberg. We don’t know how many fake IDs the Chinese supplied. In one instance with witnesses and photos, a shipment of 20,000 fake U.S. IDs were flagged at Chicago’s O’Hare Airport.

The media machine worked overtime to discredit the findings, at great pains, offering alternative explanations. The U.S. Customs and Border Protection, however, knows best. And that was only one interceded shipment – how many other shipments of fake IDs made it through airport security? How many hundreds of thousands of ballots were printed by the Chinese and shipped here for nefarious reasons? Mo Brooks would like to know.

These House colleagues and brave senator, joined by dozens more in sentiment, believe that major election fraud occurred and that the issue is not going to subside. The attempted steal on our ability to vote in free and fair elections is at stake. The 2020 election will be a stain on the rest of our history if we seek the truth. Mo Brooks and company want to let it be known that this fraud will not stand.

In support of Mo Brooks, many people seek to be as vocal as they have ever been, including making calls to congressional representatives, writing editorials, contacting newspaper editors, visiting town halls, marching on state legislator buildings, summoning the office of the governor of your respective state, marching on capitols, marching on Washington, D.C.,

With good reason, the Left believes that those on the Right will do precious little. Previous inaction on the Right prompts the Left to believe that the GOP is all talk and no action. The actions of many of GOP leaders, some allegedly proud Republicans, show that they are RINOs. They’re in office for themselves apparently, perhaps for the power and wealth that they can generate.

Those who contest this election need to appropriately indicate that what transpired during the November 3rd elections will not stand. They will not allow this facade to continue. They will keep making noise at a high decibel level. They will do what they can to back the President in countless ways and let him know that he is not to be removed from the White House on January 20th.

In an election won by fraud, the cognitively impaired Joe Biden has no rightful to claim the presidency. Kamala Harris has no right to be vice president. Democrats have no true right to assemble a cabinet, a White House staff, a team of counselors and advisors, and all else that goes with establishing an Administration. The whole world is watching, and many are dreading what will happen to them, if these acts of theft in the U.S. elections are allowed to go unchallenged and unimpeded.

Continue reading: DAVIDSON: To Republicans In Congress, The Fight Is Not Over ...